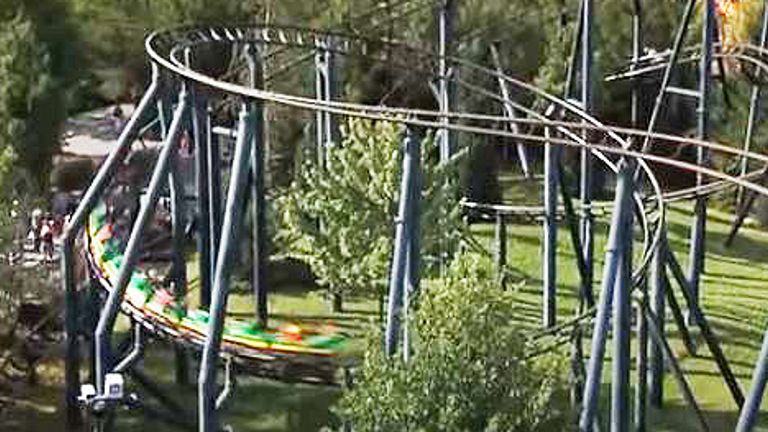 Two rollercoaster trains collided at an amusement park south of Germany, causing injuries to more than 30 people, one seriously.

According to the German news agency dpa, one rollercoaster train slowed down and collided with another at Gunzburg’s Legoland park.

Three helicopters were dispatched to the scene. Fire and rescue services were also called in. 31 people were injured. The cause of the crash was not immediately known.

An investigation into criminal activity has been initiated.

According to a police spokesperson, 15 of the 31 were admitted to hospital for further treatment. One was seriously injured.

According to a spokesperson from the park, the incident occurred at the station of Fire Dragon ride.

A spokesperson for the police stated that an investigation into the crime was initiated immediately and that officials from the public prosecution’s office were present at the scene.

They stated that they were currently conducting investigations. We don’t know much more about the accident or the causes. This is the focus of our investigation.

He stated that the ride area was closed and the rest of the park was open.

For children accompanied by an adult, the minimum age for riding on a rollercoaster is six years old. It’s eight for people who ride alone.

A second rollercoaster accident at Klotten, an amusement park in southwest Germany, claimed the life of a woman last week.

The victim, a 57-year old woman, fell from the rollercoaster while it was moving. She later died from her injuries. The accident’s cause is still unknown.