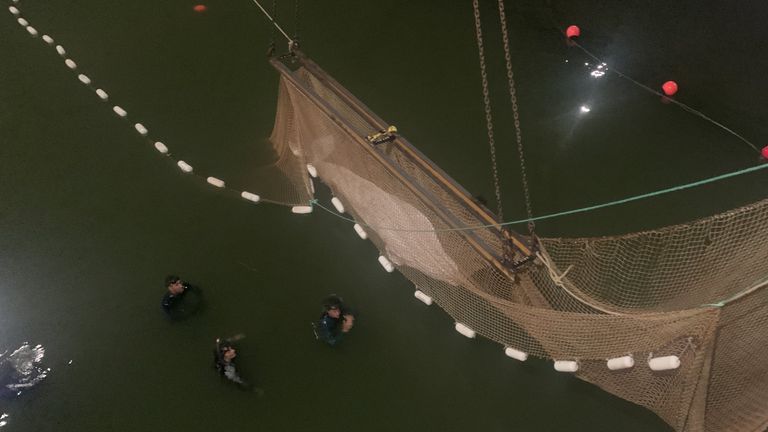 An operation to move a beluga whale trapped in the River Seine since Friday has begun.

Ever since the whale strayed into a saltwater basin in the Normandy region, efforts have been under way to free it, amid fears over its rapidly declining health.

Now, conservation group Sea Shepherd France said a medical team plans to transport the four-metre-long (13-foot-long) whale to a coastal spot for “a period of care”.

A team of around 24 experts and many other volunteers have used a crane and nets to load the beleaguered and dangerously thin beluga into a refrigerated truck for the approximately 99-mile (160-kilometre) trip to the northeastern French port town of Ouistreham.

While experts think the whale might be sick, moving the mammal could also cause it harm.

Conservation specialist Isabelle Brasseur said “he could die now, during the lifting”, but she said it was still more “important to try”.

She added a large crew had rallied behind the rescue attempt, with around 80 people, “half of them firemen, many gendarmes to secure the location, 10 divers and many animal specialists, veterinarians, and others.”

Because the region is experiencing extreme heat, the team waited until nightfall before moving the whale, which weighs about 800 kilograms (1,764 pounds).

Rescuers hope to spare the mammal the fate of an orca that strayed into the Seine and died in May.

They remain hopeful it will survive after it responded to a cocktail of antibiotics and vitamins administered in the last few days and rubbed itself on the lock’s wall to remove patches that had appeared on its back.