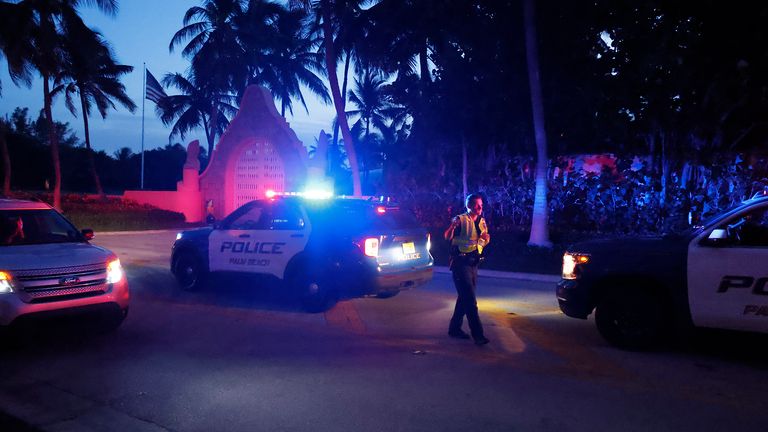 The raid on Donald Trump’s Florida estate has stunned his supporters, enemies and observers around the world.

While Mr Trump described it as a “dark times for our nation”, White House officials admitted that they knew nothing of the FBI’s plans to storm his Mar-a-Lago home.

It comes amid three separate ongoing investigations into the former president – one in Atlanta for conspiracy to commit electoral fraud during the 2020 election, another in New York into the financial affairs of his real estate company, and a third by a US House select committee into the US Capitol insurrection.

What were the FBI looking for in Florida?

After Donald Trump’s presidency ended in January last year, officials found he had taken 15 boxes from the White House to his home in Mar-a-Lago, Florida.

This investigation was launched by the National Archives and Records Administration (NARA), the independent US government body charged with preserving government and historical records.

After demanding he return the boxes, the NARA discovered in January this year they contained government documents, including ones “marked as classified national security information”, as well as gifts, letters and mementos.

The NARA then referred the case to the US Justice Department to probe whether Mr Trump’s unauthorised handling of the documents amounts to a violation of federal law.

Some of the documents in the boxes are subject to the Presidential Records Act.

Passed by Congress in wake of the 1972 Watergate Scandal, it dictates that presidential documents are not the then-president’s property and should be handed over to the NARA when they leave office to be then made public 12 years later.

Mr Trump could have also potentially broken legislation on the appropriate handling of government documents while he was still in office or be charged for obstruction of justice if he was found to have been covering his tracks.

In April it was reported that a federal grand jury investigation had begun and the Justice Department had made several requests – including a subpoena to the NARA for the boxes and interviews with various people in the Trump administration.

The case is ongoing and while the FBI has not issued a statement in relation to Monday’s raid, people close to the case have said that was the focus of it.

It is not clear what law enforcement officials were looking for, but it is likely to have been any additional evidence that would help with prosecutors’ case.

They are trying to prove that Mr Trump or his aides intentionally broke the law.

That would mean producing evidence that shows the Trump camp were told taking the documents was not allowed.

Their investigation will look at who placed the items in the boxes, any correspondence about them, and how they were transferred from DC to Florida. 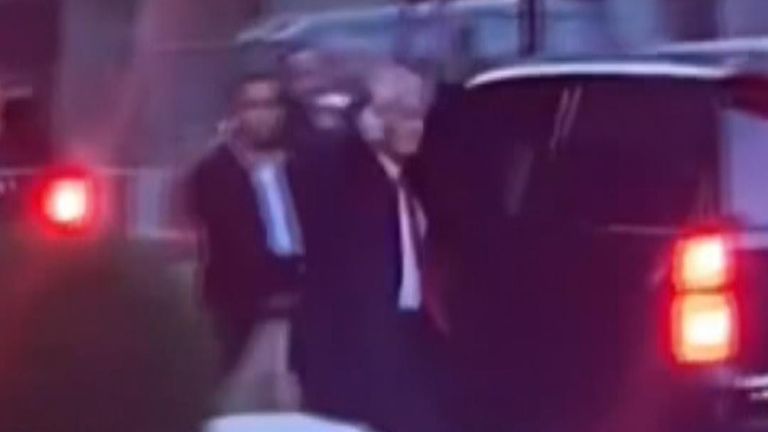 What has Trump said?

In a lengthy statement published online, the former president said his home was “under siege, raided, and occupied by a large group of FBI agents”.

He wasn’t there at the time, but was notified by his son, Eric Trump, who told Fox News the search warrant concerned a box of documents taken from the White House and that his father had been cooperating with the NARA over the matter for months.

This was echoed by Mr Trump himself, who said he had been “working and cooperating with the relevant government agencies”.

As a result, he described the search as “not necessary or appropriate”, “prosecutorial misconduct”, the “weaponisation of the justice system” and “an attack by radical Democrats who desperately don’t want me to run for president in 2024”.

He compared his case to that of his long-time political rival Hillary Clinton, who he claimed: “Was allowed to delete and acid wash 33,000 emails AFTER they were subpoenaed by Congress.”

Mr Trump added: “Absolutely nothing has happened to hold her accountable.

“She even took antique furniture and other items from the White House.”

A federal investigation was launched into Mrs Clinton in 2016 after it transpired she had classified information sent to her personal email account. It ended without her or any of her aides being charged.

During his presidential election campaign and time in office, Mr Trump has repeatedly attacked Mrs Clinton, who he nicknamed “crooked Hillary”, over the probe into her email activity.

According to sources close to him during his time at the White House, he would often rip up official documents, forcing aides to tape them back together so as not to break laws that ban people destroying presidential records.

A new book by a New York Times journalist also details how White House staff would find bits of torn up documents in the toilet.

More of his conduct while in office has been laid bare by the House of Representatives Committee investigating the 6 January insurrection.

Staff have told of how he regularly abandoned the White House switchboard and took official business on his personal mobile instead.

Such gaps in call logs have caused problems for the committee, who are still looking into whether Mr Trump committed crimes on the day the White House was stormed by protesters.

Change of tone from attorney general

The FBI has not commented on the raid, with senior officials instead describing it as an “orderly execution of a search warrant”.

White House officials say they were unaware of the raid and watched it play out in the media.

Ordinarily a sworn affidavit is given to the FBI agents on any given case, which is then considered by a judge.

But such a high-level warrant – of a former president’s private property – would likely have to be signed off by the attorney general, Merrick B Garland.

Biden-nominated Mr Garland is known for his caution – so Monday’s developments suggest a distinct change of tone in the establishment’s handling of the case.