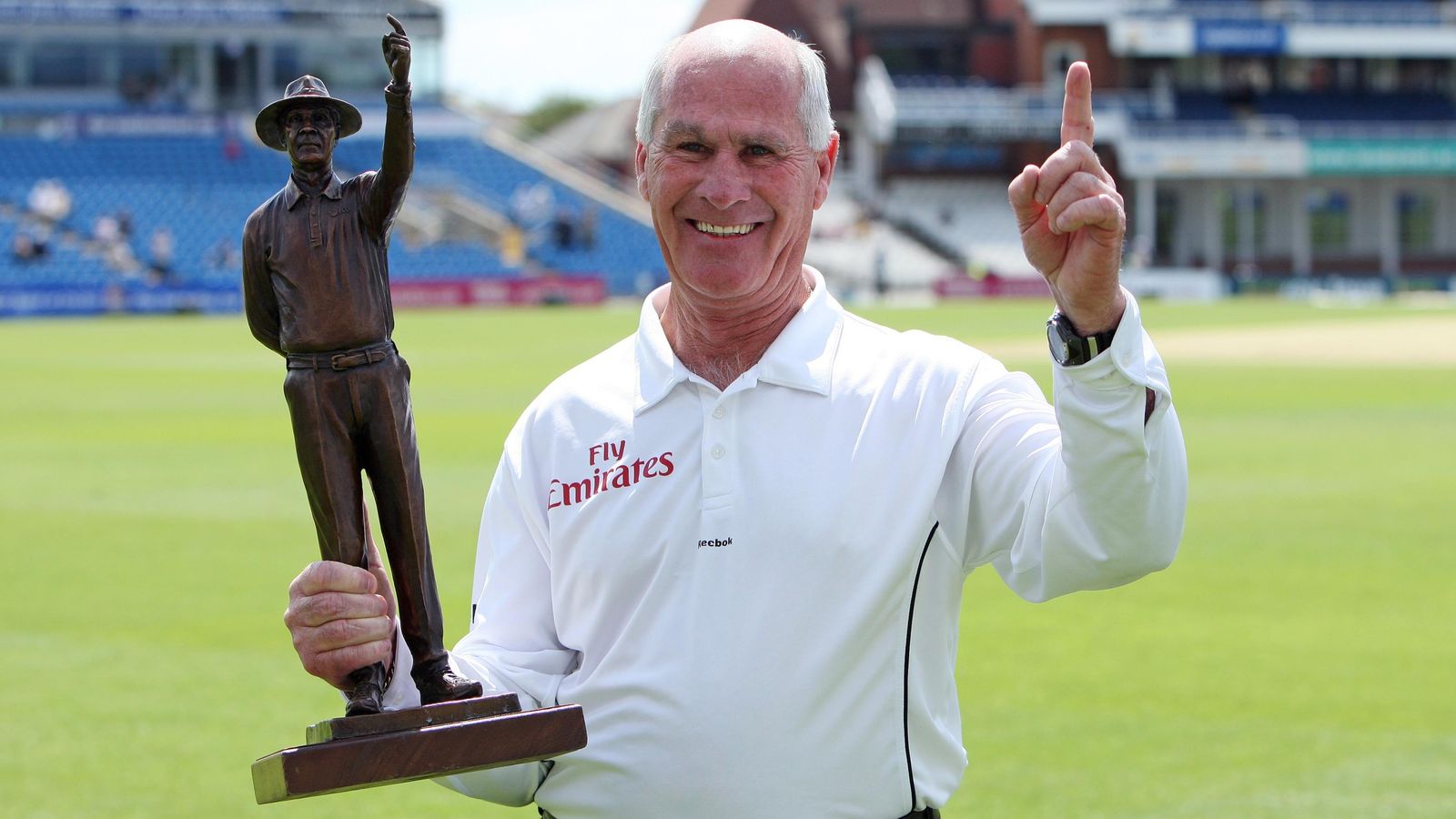 Tributes have been paid to former international cricket umpire Rudi Koertzen following his death at 73.

Mr Koertzen died after he was involved in a car crash in his native South Africa, according to local media.

His umpire career began there in 1981 after years spent playing cricket himself.

The much-loved official presided over more than 100 Test matches between 1992 and 2010.

He was on the International Cricket Council’s elite panel of umpires for eight years and officiated in 331 matches, a record at the time of his retirement in 2010 that has since been surpassed by Pakistan’s Aleem Dar.

Mr Koertzen died while driving from Cape Town to Despatch in Eastern Cape, where he lived with his family, ESPNcricInfo said.

South Africa wore black armbands on the opening day of their tour against England Lions in Canterbury on Tuesday as a mark of respect.

The Marylebone Cricket Club (MCC) led tributes to him on Twitter, saying: “MCC is deeply saddened to learn of the death of Honorary Life Member and former umpire, Rudi Koertzen. Our thoughts are with his friends and family.”

“It is a very big loss, foremost for his family and then for South Africa and cricket,” Mr Dar was quoted as saying by ESPNcricInfo.

“I stood in so many games with him. He was not only very good as an umpire but also an excellent colleague, always very cooperative on field and also always willing to help off the field.

“Because of the way he was, he was also well-respected by players.”

Former Indian batsman Virender Sehwag commented: “Whenever I used to play a rash shot he used to scold me saying ‘play sensible, I want to watch your batting’.

“A gentleman and a very wonderful person.”

‘One of the finest umpires the game has witnessed’

“He was a gifted individual and one of the finest umpires the game has witnessed, known for his sharp decision-making abilities.”

“He was forthright and knowledgeable umpire, shared some wonderful moments with him on and off the field. My deepest condolences to the family. RIP.”