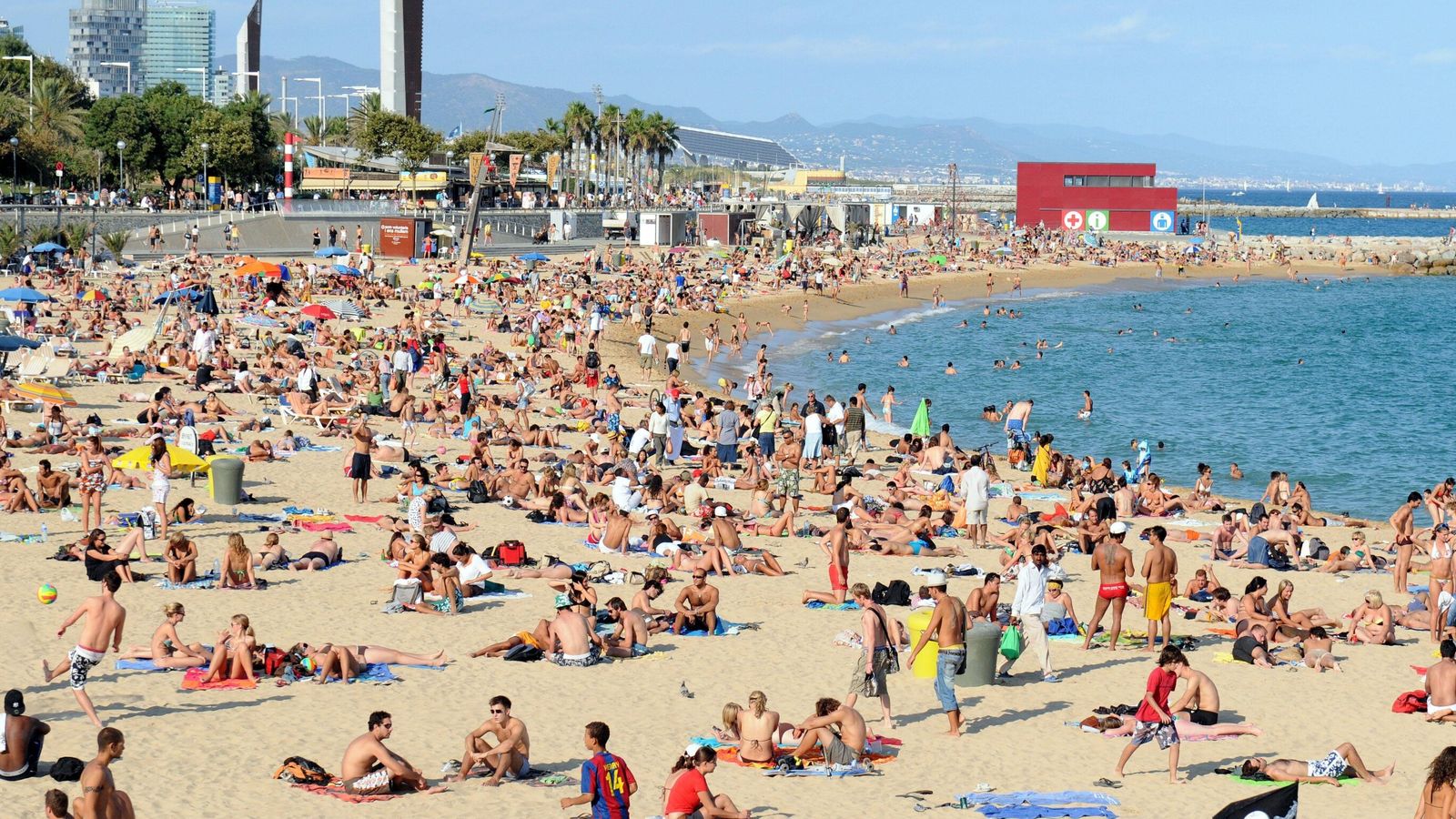 British tourists who visit Spain from Britain will be “roasted” by new energy-saving measures. The ban on air conditioning being lower than 27C during the summer is a warning issued by a tourism chief.

A new set of regulations has been approved by the country that will see heating prohibited above 19C in winter.

These measures will be applied to all offices, shops, bars, restaurants, public transport systems, transport centres, and other places. To maintain temperature, stores will need to keep their doors closed.

These measures are part of Spain’s effort to reduce its dependence on Russian gas by 7%.

Under the new rules, lights will have to be turned on at 10 p.m. in empty government offices and shopfronts.

Spain is experiencing a hot summer with temperatures exceeding 40C. The president of Costa del Sol’s Tourism Board has criticised these measures.

Francisco Salado stated, “We want satisfied visitors, not roasted tourist or those who fear to walk the dark streets.”

He urged the government to “spend mental energy on more efficient measures”.

He said, “It’s as if this Decree had been written and signed by a martian. Someone who is profoundly ignorant of our country has never consulted anyone.”

He said that it was absurd to make hotels, restaurants and bars, as well as museums, cafes, bars, cinemas and shops, raise the temperature in summer to 27°C “precisely during a heat wave”.

This week, it was revealed that while tourists can keep their rooms cool in hotels because they are considered “private space”, all public areas will be subject to new laws.

Prime Minister Pedro Sanchez revealed the new package last Wednesday, saying that “You only need to walk into any shopping center to realize that maybe it is too cold.”

According to the government, these measures will not only reduce energy consumption but also lower bills for businesses and households.

Spain is the country with the hottest summer temperatures. Spain has experienced two heatwaves already this year, with temperatures expected to soar once again in the first week of August.