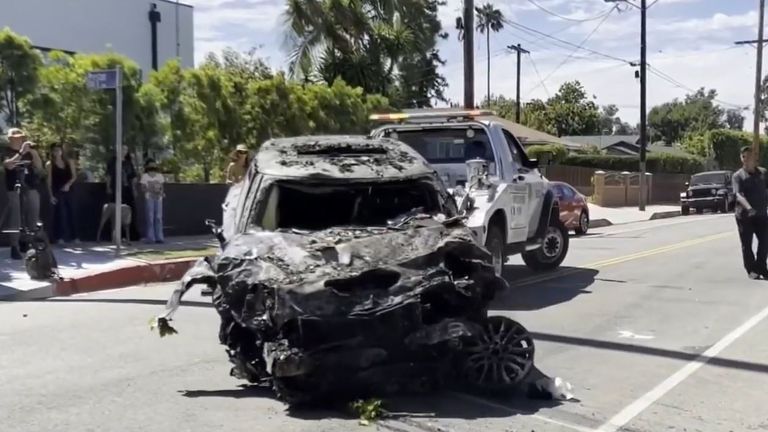 American actress Anne Heche was reportedly critically injured when her car crashed into a Los Angeles house and burst into flames.

According to NBCLA the driver was speeding down a residential street and the Mini Cooper drove 30 feet into a Mar Vista two-storey house.

The car may have hit a curb and crashed through the front yard.

Footage from TMZ showed Heche driving the exact same vehicle as the one that was later pictured at the scene with severe damage.

The fire started after the crash. It took 65 minutes for the 59 firefighters to “access, confine, and completely extinguish” the flames in the structure.

According to the LA Fire Department one woman was found in the car and was taken by ambulance to a hospital. The building is “uninhabitable”, but the homeowner was not hurt.

One neighbor told NBCLA that the house was filled with smoke. They used the crane to lift the car and extract the driver. It was insane.

Heche is well-known for her roles in movies such as Psycho, Donnie Brasco, and Cedar Rapids. She also dated Ellen DeGeneres between 2000 and 1997.