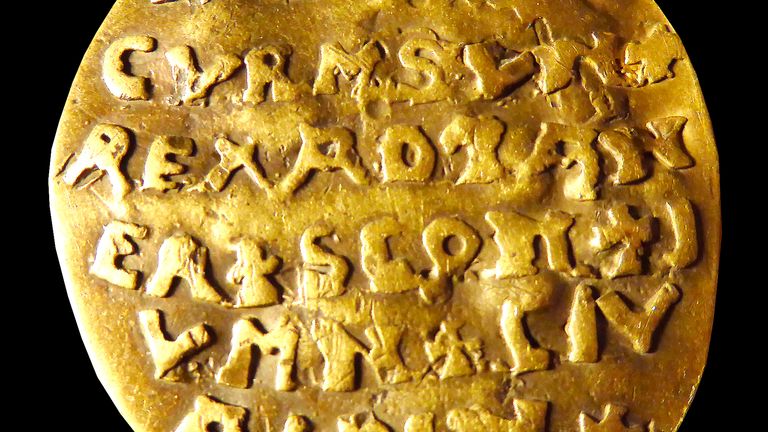 Researchers claim that a Viking king, whose name was used for Bluetooth wireless technology, could be actually buried in Poland instead of Denmark.

According to a Middle Ages chronicle, King Harald “Bluetooth”, Gormsson of Denmark, died 1,000 years ago. He was buried in Roskilde, Denmark in late 10th century.

A Swedish archaeologist, and a Polish researcher recently claimed that his most likely burial place was the village of Wiejkowo in north-western Poland. This area has ties to the Vikings of Bluetooth’s time.

Marek Kryda (author of Viking Poland) told The Associated Press that a “pagan mound”, which he claimed to have found beneath Wiejkowo’s 19th-century Roman Catholic Church, probably contains the remains of the king.

According to him, the geoological satellite images of Poland available through a portal of the Polish government show a rotund form under the Church of The Immaculate Conception of the Blessed Virgin Mary. It looks similar to a Viking burial mound.

Sven Rosborn, a Swedish archaeologist, says that Mr Kryda is incorrect because Bluetooth, who converted to Christianity and established churches in the area of the church, must have been buried in a suitable grave in the churchyard.

Bluetooth died in 985 in Jomsborg, which is now thought to be Wolin in Poland. It’s located near Wiejkowo.

According to records from that time, he was nicknamed Bluey because of the color of one his teeth.

He was one the last Viking kings who ruled over Denmark, northern Germany, parts of Sweden, Norway, and Northern Germany. He also spread Christianity throughout his kingdom.

Ericsson, a Swedish telecoms company Ericsson, named its Bluetooth wireless technology in honor of the king. This was to reflect how much of Scandinavia he unified during his reign. The logo features the Scandinavian runic letters HB for the king’s initials.

Rosborn presented his research in 2021’s book The Viking King’s Golden Treasure, and Mr Kryda challenged some his findings in his book published this year.

Rosborn was the former director of Sweden’s Malmo City Museum. He began his search in 2014 after an 11-year old girl asked him his opinion on a small, coin-like object that contained textual material with old-looking text. It had been in her family for many decades.

Experts determined that the cast-gold “Curmsun” disc was from the 10th Century. It had a Latin inscription reading: “Harald Gormsson” (Curmsun Latin) King of Danes.

Maja Sielski’s family moved from Poland to Sweden in 1986. They claimed that the disc was found in an 1841 trove in a grave beneath the Wiejkowo Church, which has since replaced the medieval chapel.

In 1945, the disc was acquired by the Sielski family along with the Wiejkowo parish archive, which included medieval parchment chronicles in Latin.

A relative who was able to read Latin translated some chronicles from the 10th century into Polish. He found that they mentioned Bluetooth, another connection to the Wiejkowo church.

Mr Kryda stated that the Curmsun disc was “phenomenal” and had a meaningful inscription. He also suggested it would be worthwhile to visit Wiejkowo as Bluetooth’s burial site.

However, there are no plans at the moment for excavations.