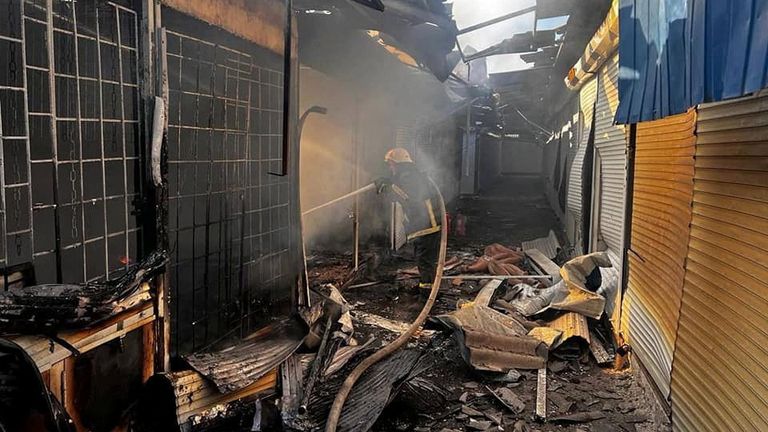 The Ukrainian president announced that all Donetsk residents must be evacuated amid intense fighting with Russia.

Volodymyr Zilenskyy stated that hundreds of thousands of people were still trapped in conflict zones in the larger Donbas area and needed to be evacuated.

According to Mr Zelenskyy, the Russian army will be able to kill fewer people if they leave sooner than others.

He stated, “Full support and full assistance – both logistical as well as payments.” Only the people who are not yet able to make it themselves can decide if they want us to help them. We will help you, go!

Separately, Ukrainian media reported that deputy prime minister Iryna Vershchuk stated that the evacuation had to be done before winter began because the region’s natural resources were destroyed.

Donetsk has been the scene of intense fighting over the past few days, especially in Bakhmut (the easternmost town in the Russian offensive in Donbas).

This announcement was made amid ongoing attacks on the region, including one against a prison in Olenivka in the Russian-controlled Donetsk area.

Officials from Russia as well as the separatist authorities of Donetsk claimed that the attack resulted in the deaths of 53 Ukrainian prisoners-of-war and the injury to 75 others.

Russia was accused by Ukraine of deliberately bombarding the prison in order to cover up tortures and executions. Russia blamed Ukraine.

According to the Ukrainian military, Russian forces were “partially successful” at retaking Semyhirya from three directions.

Despite the attacks in Donbas, intelligence and defence officials from the UK have said that Russian forces are struggling to maintain momentum in war.

Saturday’s statement by the Ministry of Defence stated that the Kremlin is becoming “desperate” and that it has lost tens of thousand of soldiers.

Richard Moore, chief MI6 MI6, also stated that Russia was “running out steam” in its attack on Ukraine.

The Ukrainian military claimed that it had killed scores of Russian soldiers in southern Ukraine’s Kherson region and destroyed two ammunition dumps.

According to the military’s southern command, more than 100 Russian soldiers were killed and seven tanks were destroyed during fighting on Friday.

“The Ukrainian army is waging war against the Russians, and this is just the beginning,” Yuri Sobolevsky, the first deputy head for the Kherson regional council, stated.

According to the military’s southern command, rail traffic from Kherson to Kherson via the Dnipro River was also cut. This could further isolate Russian forces west and east of the river, possibly reducing supplies in occupied Crimea or the east.