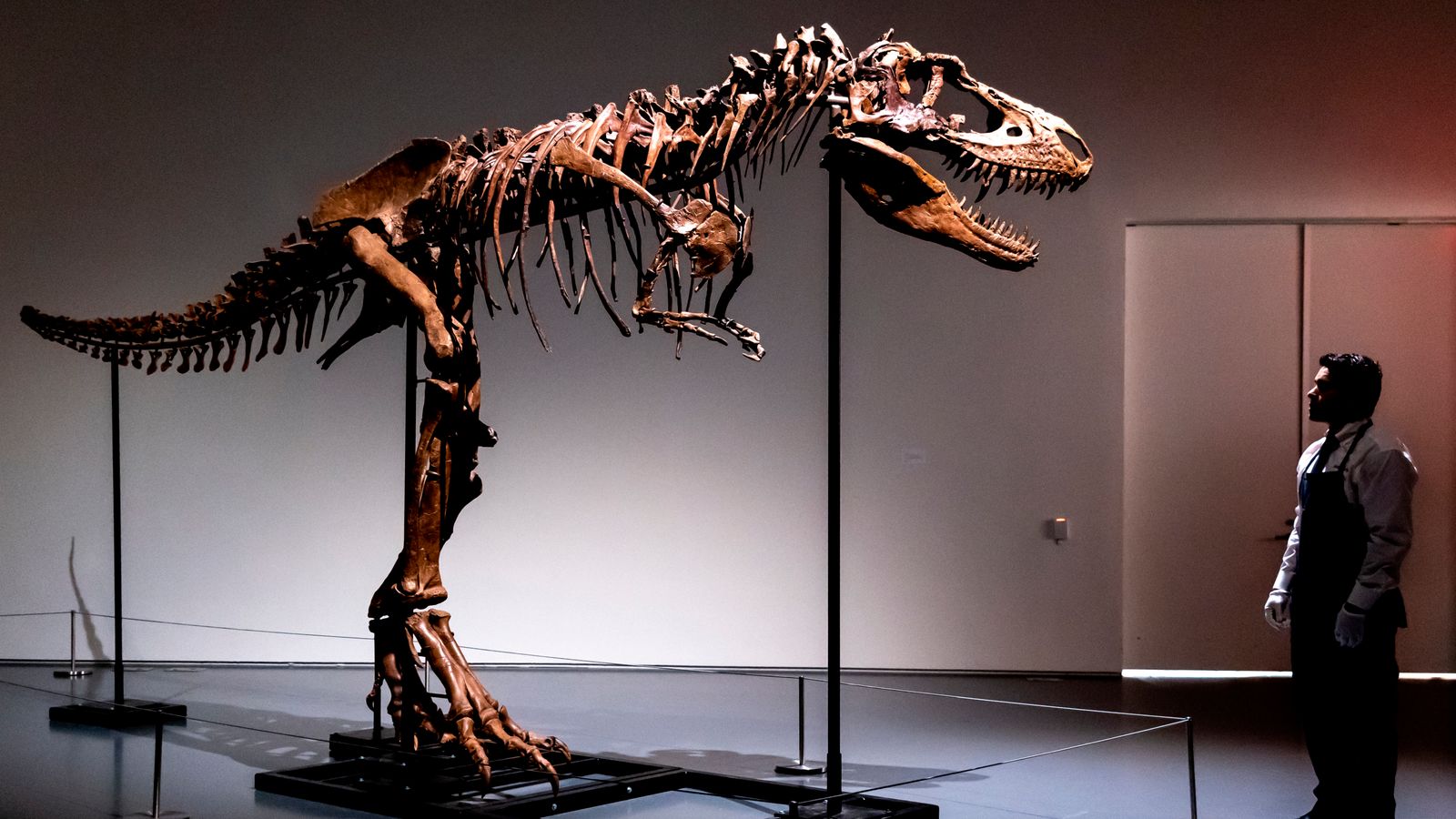 A fossilized skeleton from a T-rex relative, the Gorgosaurus, which roamed the earth for 10 million years before it was wiped out, has been sold at auction for $6.1million (PS5.01m).

On Thursday, Sotheby’s New York sold the giant carnivore that stalked prey in the west United States and Canada 76 millions years ago.

Sotheby’s stated that the specimen was found in the Judith River Formation, Montana in 2018.

According to the auction house, all other Gorgosaurus skeletons have been preserved in museums. This makes this the only Gorgosaurus specimen that is available for private purchase.

Cassandra Hatton is Sotheby’s global head for science and popular culture. She stated before the auction that she had the honor of selling many unique and exceptional objects. However, few items have the ability to capture imaginations and inspire wonder like this Gorgosaurus Skelet.