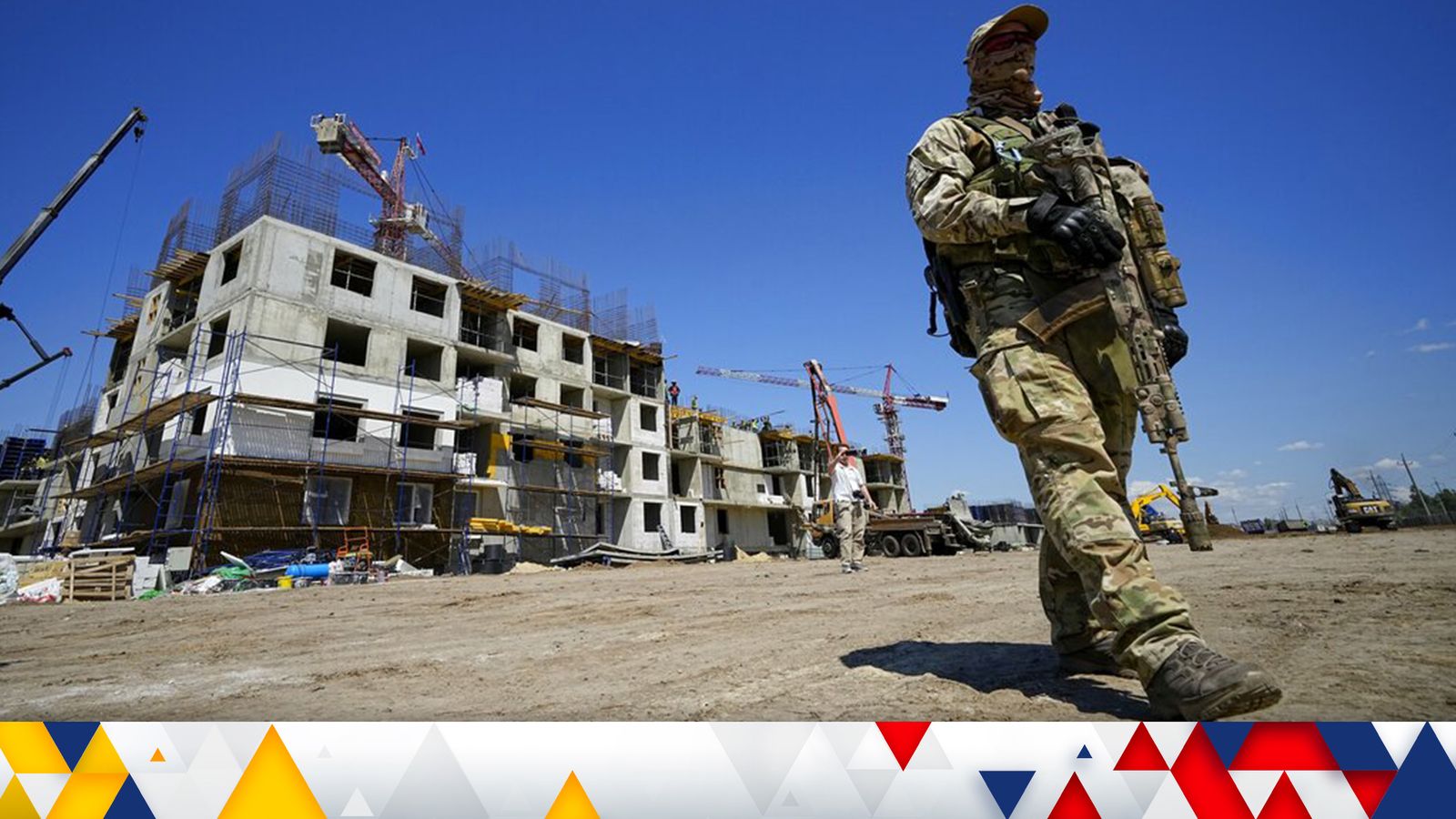 Footage which appears to show Russian soldiers pinning a Ukrainian prisoner of war to the ground before cutting off his genitals has sparked outrage in Ukraine.

Ukrainian MP Inna Sovsun tweeted to say she was banned by Twitter after posting the clip on the social media platform.

Sky News has decided not to show any footage or images.

She had written in her original tweet: “Russian soldier from Chechen battalion Ahmat cut off the genitals of Ukrainian POW (prisoner of war).

“This is what Nazis are doing to Ukrainians.

“Russia has to pay for it!

“Give Ukraine the weapons we need to stop this nightmare once and for all. The world can’t pretend like this isn’t happening!”

Ms Sovsun wrote in a follow-up tweet on Friday: “Twitter banned my profile today. Because I posted a video where a Russian soldier castrates a Ukrainian POW.

“@Twitter decided it was too cruel. But this is what happens. And deleting the video won’t change that.

“People should know what #Russia is doing!”

The video shows a group of men in Russian camouflage outfits pinning a Ukrainian prisoner of war to the ground.

They are then said to use a box cutter to remove his genitals before showing them to the camera.

‘Brutal war crimes’ must be investigated

In further footage seen by Sky News, the same prisoner is videoed getting tied up and shot in the head at the same location.

It is not clear when or where the video was filmed.

“Ukraine strongly condemns the brutal war crimes committed by the servicemen of the Russian Federation against Ukrainian prisoners of war, particularly horrible cases of torture, physical abuse, inhuman treatment, wilfully causing great suffering or serious injury to body or health and wilful killing of Ukrainian prisoners of war,” the department said in a statement.

“He emphasised that any delay in this decision will only encourage Russia to commit further crimes and inhumane acts.”

Since the invasion of Ukraine began in February, Russia has been accused of committing thousands of war crimes.

The International Criminal Court has described Ukraine as a “crime scene”, sending its largest ever team to investigate.

In April, Ukraine’s prosecutor accused 10 Russian soldiers of atrocities in the town of Bucha, where evidence of mass killings was uncovered.

Shishimarin asked Mr Shelipov’s widow to forgive him when he faced her in court in May.