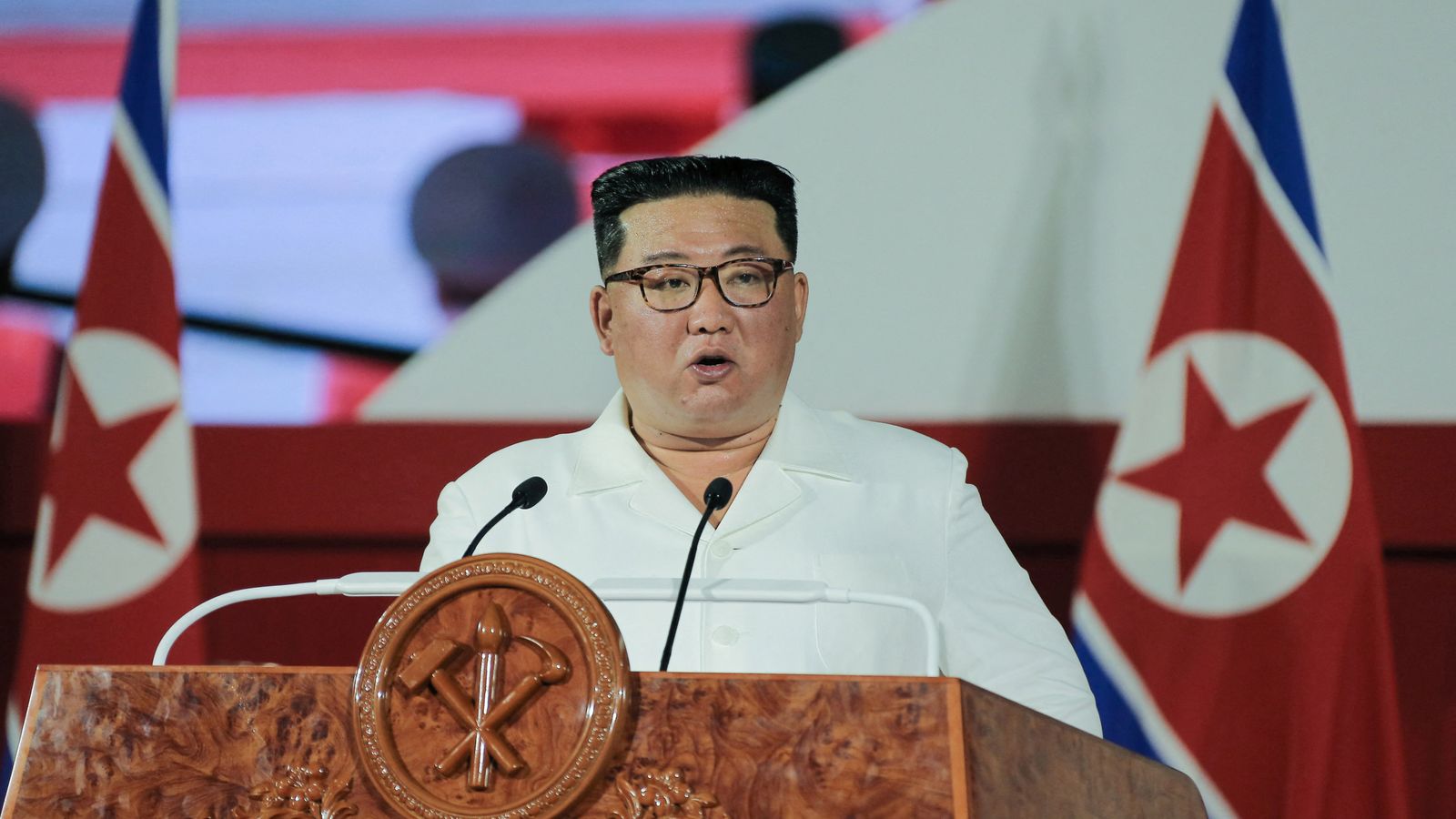 He said the country was ready for any potential military conflicts with the United States as well as South Korea, criticising it’s new president Yoon Suk-yeol for the first time and warning Seoul was pushing towards the brink of war.

In a speech on the 69th anniversary of the end of the 1950-53 Korean War, he said: “Our armed forces are thoroughly prepared to respond to any crisis, and our nation’s nuclear war deterrence is also fully ready to mobilise its absolute strength faithfully, accurately and promptly to its mission.”

The North Korean leader accused the US of “demonising” North Korea to justify its “dangerous, illegal hostile acts” towards Pyongyang.

He said US-South Korea military drills show the US “double standards” because it brands North Korea’s routine military activities – an apparent reference to its missile tests – as provocations or threats.

“That is driving bilateral relations to the point where it is difficult to turn back, into a state of conflict,” he said.

He also called his counterpart in South Korea “a confrontation maniac” and accused him of threatening Pyongyang’s right to self defence and security, by moving to strengthen Seoul’s military alliance with the US and bolster its capacity to neutralise North Korean nuclear threats including a pre-emptive strike capability.

‘Yoon Suk-yeol’s government and military will be annihilated’

“Talking about military action against our nation, which possess absolute weapons that they fear the most, is preposterous and is very dangerous suicidal action,” he said.

“Such a dangerous attempt will be immediately punished by our powerful strength and the Yoon Suk-yeol government and his military will be annihilated.”

The speech came after Seoul and Washington officials said Pyongyang has completed preparations to conduct its first nuclear test since 2017.

It follows a warning from the North Korean leader earlier this year in April, when he said his country’s nuclear weapons would “never be confined to the single mission of war deterrent”.

His military has also test-launched nuclear-capable missiles that place both the US mainland and South Korea within striking distance.

His latest remarks also come as he seeks greater public support with his country facing an economic crisis due to pandemic-related border shutdowns, US-led sanctions and his own mismanagement.