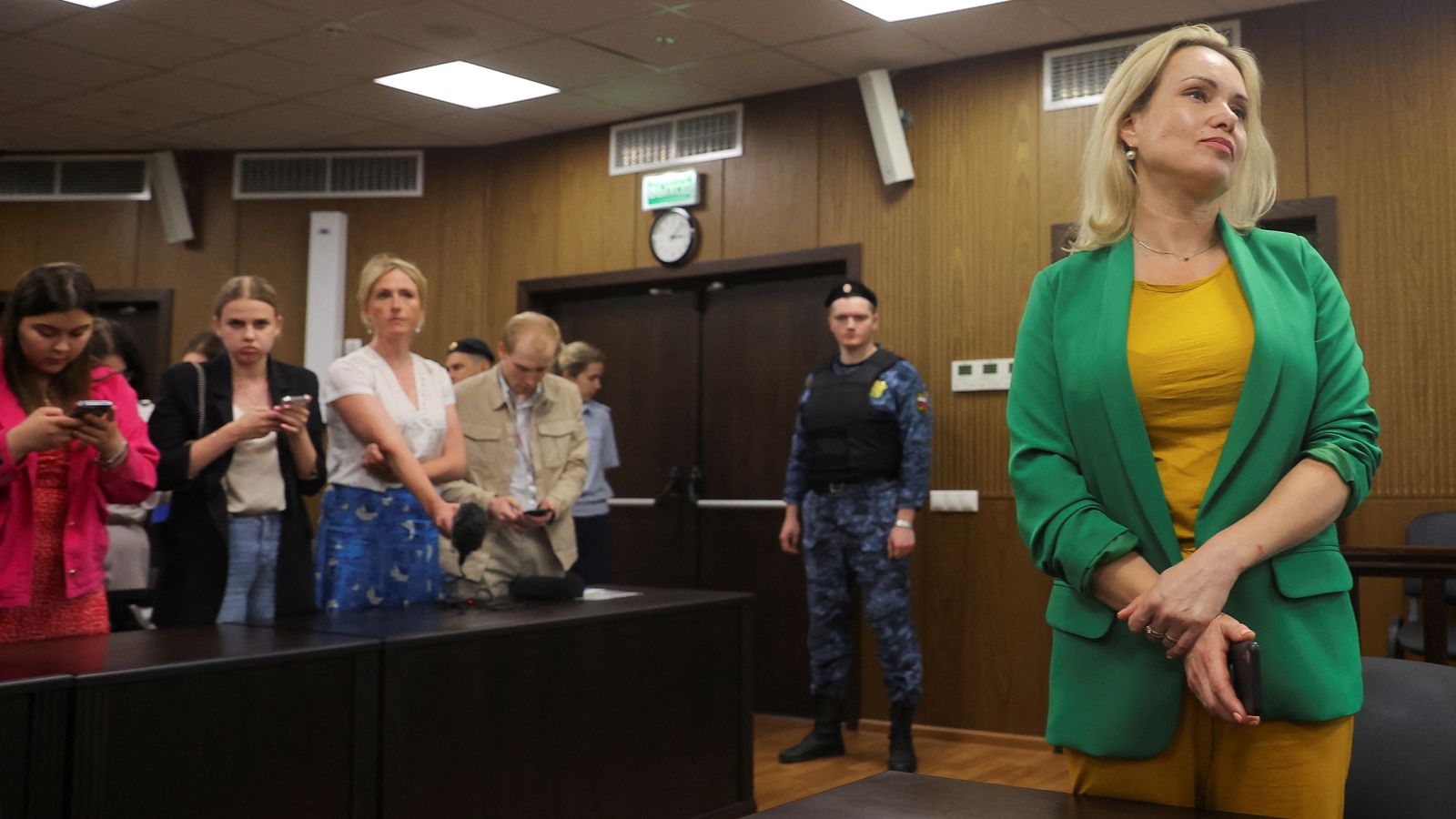 After condemning the Kremlin’s actions regarding Ukraine via social media, a Russian ex-TV journalist was found guilty of discrediting that country’s armed forces.

Marina Ovsyannikova, a Moscow administrative court judge, described the proceedings against her in Moscow as “absurd.”

“The evidence supports Ovsyannikova’s guilt.” After a brief hearing, the judge stated that there was no reason to doubt its authenticity.

She was found guilty by the judge for postings on social media. A March law that President Vladimir Putin had passed shortly after launching what he called his “special military operation” against Ukraine, fined her 50,000 rubles (PS677).

During the proceeding, the 44-year old repeated her protest and stated that she would not retract her statements.

She said, “War is horror and blood and shame.”

She said, “Your accusations are like accusing us of spreading monkeypox.”

“The purpose is to intimidate everyone who opposes the war in Russia Federation.”

She called Russia an aggressor country and said: “The start of this war was the greatest crime of our government.”

In March, the former journalist caught international attention after she rushed into a studio of Russian State TV to protest the war in Ukraine.

In a bid to free two Americans, the US offers Russia a prisoner swap agreement

She was at the time the editor of Vremya’s nightly news program.

After being fined for violating protest laws, she took to social media to declare that the Russia’s actions would land them in the dock before an International Tribunal.

After storming the live TV station in March, Ovsyannikova said to Reuters that she was afraid for her safety as well as her children’s safety but has no plans of leaving Russia.