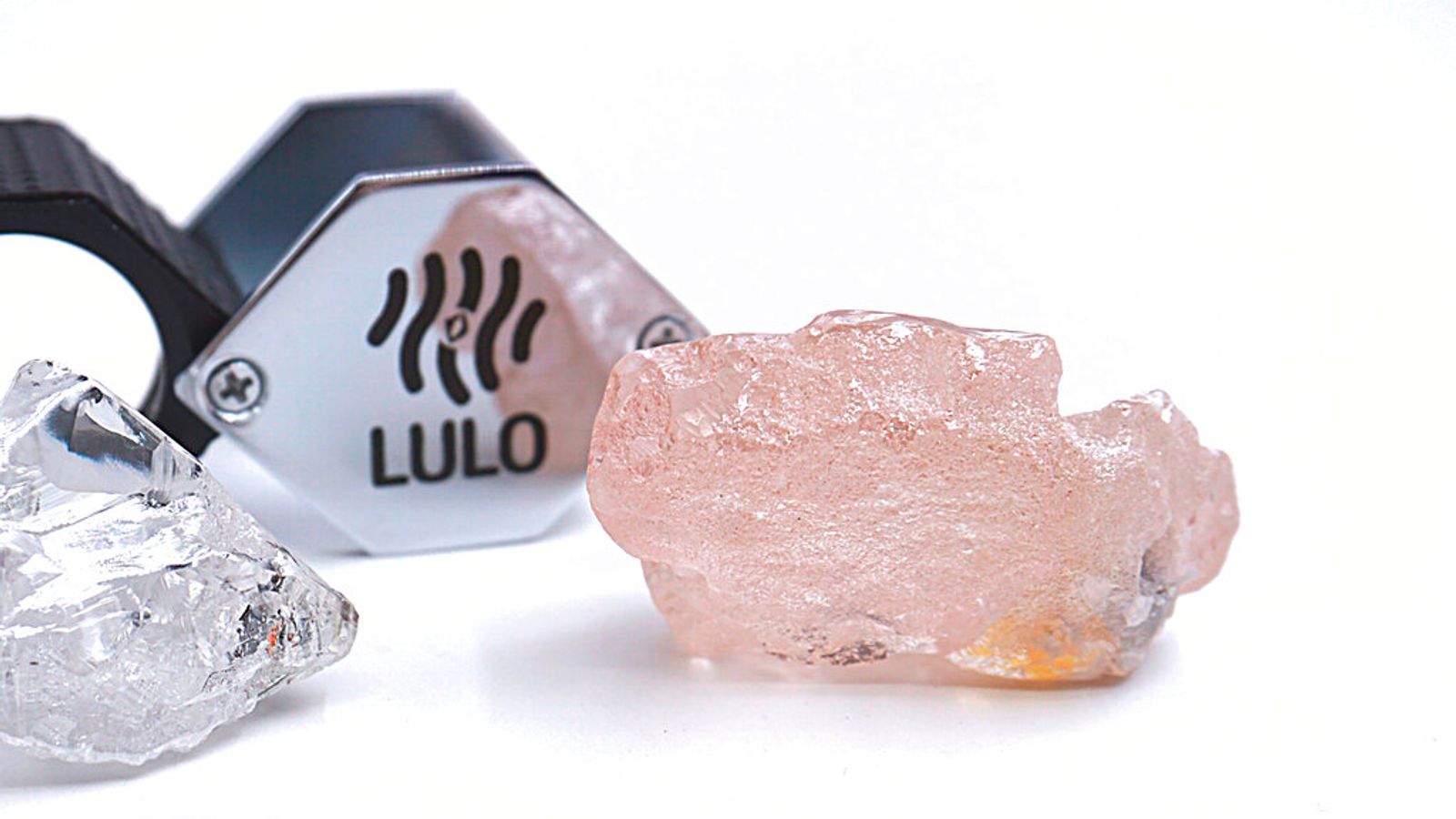 The big pink gemstone, named Lulo Rose, was discovered in the Lulo diamond mining according to the Lucapa Company, an alluvial mine meaning that it was found in a riverbed.

Only one in 10,000 diamonds are coloured pink. Stephen Wetherall, chief executive of Lucapa, stated to the Associated Press that a large pink diamond is a rare item.

Although it will likely be a high-priced item when it goes to the auction, Mr Wetherall suggests that its color could make it more desirable.

“We’re searching for the kimberlite pipe that brought these diamonds up to the surface,” Mr Wetherall stated.

“When you find large, high-value diamonds, it elevates our excitement in our hunt to the primary source.”

It employs approximately 400 people and has already found two of the largest Angolan diamonds, including a 404-carat, clear diamond.

Lulo’s latest find is the fifth-largest pink or other-colored diamond to be found on the site. It will be sold by Angola’s state diamond marketing company Sodiam.

The country is one of the top 10 diamond producers in the world.

Diamantino, Angola’s minister for minerals, oil and gas, stated: “This record-breaking and stunning pink diamond found from Lulo continues the showcase Angola’s importance on the international stage for diamond mining. It also demonstrates the potential rewards for investment and commitment in our diamond mining industry.”

The 170-carat pink diamond looks amazing, but many clear diamonds weigh well above 1,000.