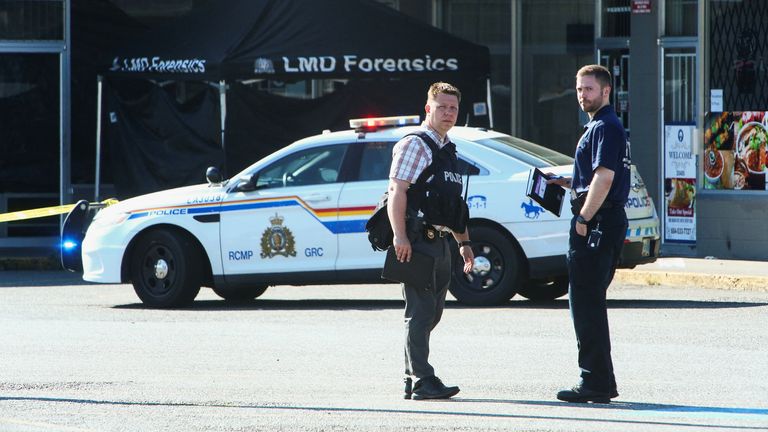 According to Canadian police, three people were killed in shootings that occurred in Vancouver’s suburbs.

The attacks took place mostly in Langley City, but another shooting was reported in Langley Township.

Four people were shot in total, including a woman left in critical condition.

British Columbia police said that the shootings were “transient victims”. Some reports claim that homeless people were shot.

The public was urged not to go near a number of areas including a car park for casinos and a bus stop.

Police stated that they responded to multiple reports of shots fired, with many victims and different scenes in Langley. One scene was also reported by Langley Township police.

An earlier announcement made it clear that a man was being held in custody after the attacks.

Officers sent an alert to residents describing the suspect as a white male wearing overalls and a camouflage shirt.

The Globe and Mail reported yellow police tape was placed around Langley’s sandwich shop and car park at the time of one shooting.

Over one of the crime scenes, a black tent was put up, thought to be for forensic purposes.

Nearby, near the Langley Centre, bullet holes were found in the windscreen of an unmarked black police vehicle.

The forensic tent was just a few meters from the black SUV. A white car was also near the site.