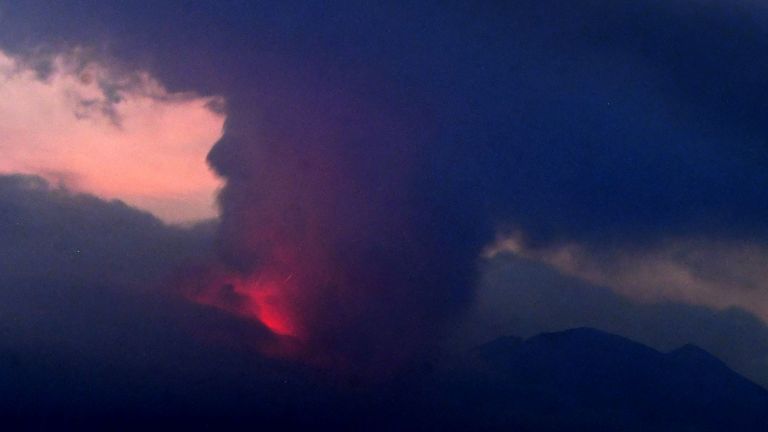 The alert level was raised to 5 because of an eruption at a volcano on Kyushu, Japan’s western major island.

According to the Japanese Meteorological Agency, Sakurajima occurred on Sunday at 8.05 PM local time (12.05 PM BST).

According to NHK, although no damage has been reported, volcanic stones were seen falling up to 1.5 miles from the site.

The Japanese nuclear regulator said that there were no indications of irregularity at Sendai Nuclear Power Plant.

Meteorologists warned of heavy rains in the area but they didn’t expect it to cause mudslides around volcano.

The scene is captured on video. It shows red lava flowing down the summit’s side, and more footage shooting from the top.

Kagoshima, the nearest area for residents, is located across the bay from Volcano and approximately two miles away. However, people might still need to evacuate.

Sakurajima, Japan’s most active volcano, is prone to eruptions at varying levels. It spewed ash at a height of 3.4 miles (5 km) in 2019.