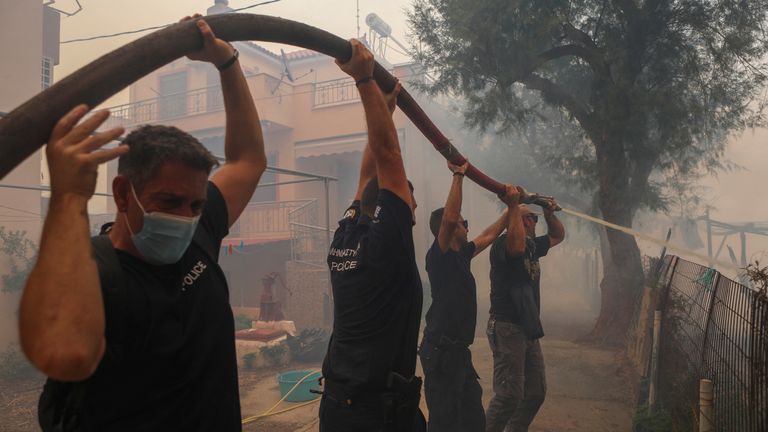 Authorities are urging residents to evacuate a tourist-friendly area after a wildfire broke out on Lesbos in Greece.

According to the Cyprus Reporter the fire started on Saturday morning and the flames engulfed Vatera.

The evacuation of homes and tourist properties was done by buses and boats.

In an emergency briefing, the local fire department stated that 50 firefighters were fighting the flames. The wind is also contributing to the problem. Volunteers are also helping to fight the fire.

According to local media outlets, Iefimerida reported that fires were reaching the sea at times and that many properties had been damaged. The coastguard was reportedly able to rescue nine people from the shore.

The 8km (five mile) long beach of Vatera is a popular tourist spot on the island. There are many vacation homes in the resort.

It happens as hundreds flee their homes due to fires in Athens, on the Greek mainland.

Officials in the country are no strangers at wildfires but they say this summer is the most difficult in Mediterranean history.

The temperatures have shot up across Europe in the past week. Wildfires were even reported in the UK after the mercury reached 40.3C, the highest ever recorded.

Authorities in France and Spain have also dealt with wildfires caused by the searing heat.