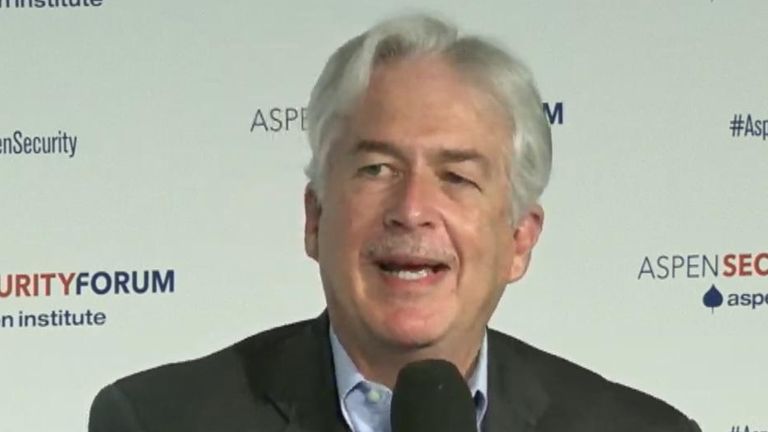 According to MI6’s head, Russia is “about out of steam” in Ukraine.

Richard Moore stated that President Vladimir Putin’s soldiers will have to “pause” because it is difficult to find additional troops and equipment to deploy to eastern Ukraine’s frontline over the next few weeks.

This will allow the Ukrainian military to “strikeback” in what the UK spymaster called a “winnable battle”.

At a security forum held in Aspen Colorado, Moore commented on Mr Putin’s health, despite rumours that he was suffering from serious illness such as cancer.

He stated that there is no evidence Putin is in serious health problems.

On Wednesday, William Burns (director of the CIA) also spoke at the security forum, denying that Mr Putin was ill. He said that he is “entirely healthy”.

“Putin’s war was based upon his illusions”

The MI6 spy chief stated that Russia had experienced “epic failures” in its initial goals, which included toppling Ukraine’s government and capturing Kyiv. He also said that the NATO alliance was now seeing division.

Russia’s attention has shifted to the east of Ukraine where it is fighting a bloody war for survival.

Moore stated that he believed they were about to run out steam.

“I believe our assessment is that Russia will find it increasingly difficult to find material and manpower over the next few days. They will need to pause in order to allow the Ukrainians to strike back.

“Their morale remains high and they are beginning to receive more good weapons.

“It is vital for the Ukrainians that they show their ability to strike back. This will ensure their continued high morale.”

Moore stated that it was a reminder to the rest of Europe of the fact that “this is an unwinnable campaign by Ukraine”. Allies are bracing for a “pretty difficult winter”, while Europe tries to get rid of its dependence on Russian energy.

Moore quoted Game Of Thrones’ Game of Thrones as saying: “Winter is coming, and clearly in that atmosphere with the pressure on gas supply, we are in trouble.”