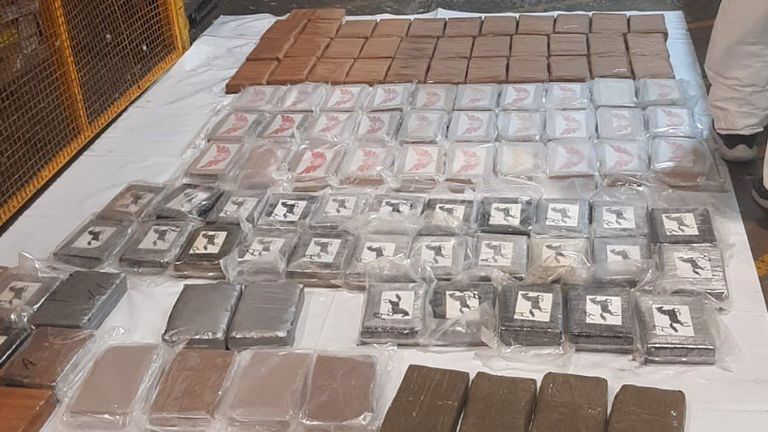 An investigation into a manufacturing group that specialises in organised crime has led to the arrest of three men. They were hiding from drug dealers in industrial machinery.

This follows a series raids that were launched in southeast England Tuesday morning as part a broader operation to recover 125kg cocaine bound for Sydney, Australia.

The drugs were found in a specially designed concealed compartment that was built into a diesel generator. It was being shipped to Australia via airfreight consignment.

A 29-year old man was arrested in Wickford, Essex; a 43 year-old in Much Hadham (Hertfordshire); and a 42 year-old from Romford, Essex.

They are all being held under suspicion of conspiracy to ship controlled drugs and being interrogated by National Crime Agency officers.

They also found a generator with a hidden compartment at South Ockenden, along with cannabis plants and a variety of stolen vehicles.

NCA branch commander Lydia Bloomfield stated that she had targeted a network we suspected was providing a highly sophisticated service to other organised criminal groups.

“A shipment of this amount of cocaine from the UK is not common, but it demonstrates the global reach of the class-A drug trade – which causes violence in its supply chain.

“This operation was planned and executed in collaboration with our partners, including Border Force and New South Wales Police. To combat organised crime at its highest risk, we work closely with international partners.”

New South Wales Police officers from Australia raided Cawdor property at the same time that raids were being conducted in the UK. The Australian cops stated that two vehicles, a Pantech truck and a Mercedes van, were taken from the property during the raid.

New South Wales Police said that the truck driver rammed several police vehicles before they were both stopped after a brief pursuit.

Three Australian men were arrested and charged with various offenses, including conspiracy to import cocaine. They were denied bail and will appear in court Wednesday.

Robert Critchlow (Australia’s organised crime squad commander) said that “This was clearly an extremely coordinated syndicate who went to extreme efforts both here in Europe and here to ensure their drug shipment arrived uninhibited.”

“Our intelligence sharing capabilities here and abroad has led to the total destruction of this criminal enterprise, and the possibility of a long prison sentence for each of them.”