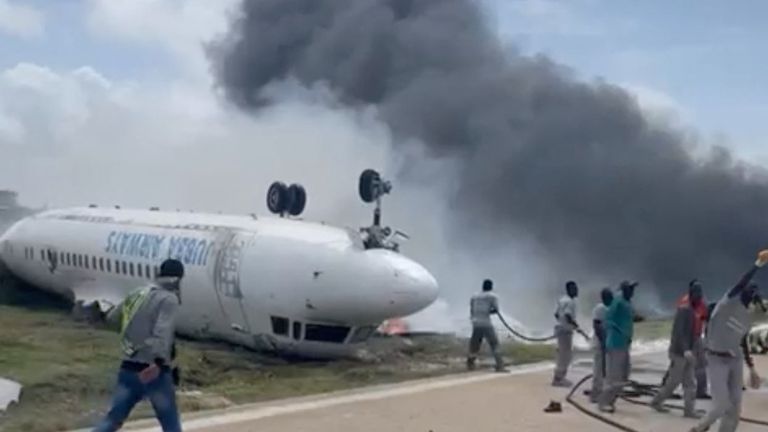 Dramatic footage captured the moment a passenger plane flipped on a runway after landing.

Crew and passengers aboard – about 30 – were all rescued.

The scene was captured on video and showed the plane upside-down after it had apparently flipped over upon landing.

As fire trucks approached the runway, black smoke and flames rose to the sky and firefighters began to clean up the debris.

The Jubba Airways-operated plane arrived on a domestic flight departing from Baidoa, an inland city.

According to the company, the plane was a Fokker-50 turboprop-powered aircraft.