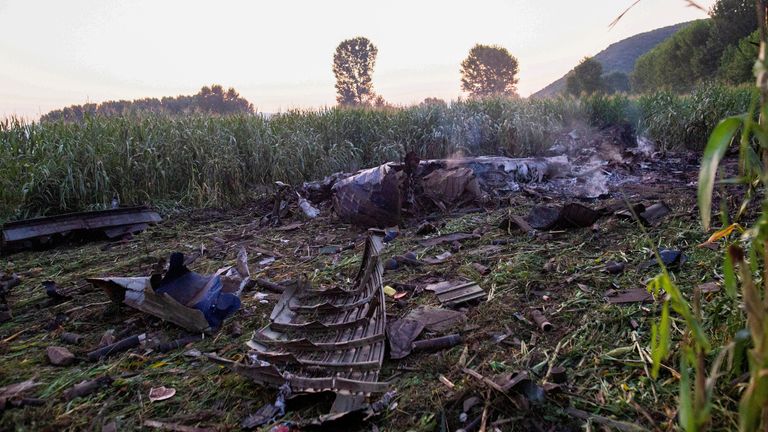 A cargo plane carrying 12 tonnes of “dangerous material” was operated by a Ukrainian airline. It crashed in northern Greece.

Two hours after the Antonov aircraft crashed on the farmlands near Kavala, residents reported hearing an explosion and seeing a fireball.

According to Greek Civil Aviation authorities, the Soviet-era An-12 plane was heading from Serbia to Jordan.

According to Greek media, eight people were aboard the plane. It was also carrying 12 tonnes of dangerous materials, mostly explosives.

ERT, the state broadcaster reported that explosives and army experts were already on their way to this location.

Officials said that they did not have any information about the cargo, but provided different numbers of passengers.

The Civil Aviation Authority of Greece stated that the pilot alerted authorities to a problem with one of the plane’s engine.

He was also given the option of landing at either Thessaloniki airport or Kavala. He chose Kavala because it was closer and said he needed to make an emergency landing.

The plane crashed 40km west from the airport, and communication with it stopped almost immediately.

Filippos Anastassiadis was the mayor of Paggaio and he said, just over an hour after the plane crashed.

One of Mr Anastassiadis’s assistants told ERT that there were explosions for up to two hours after the crash.