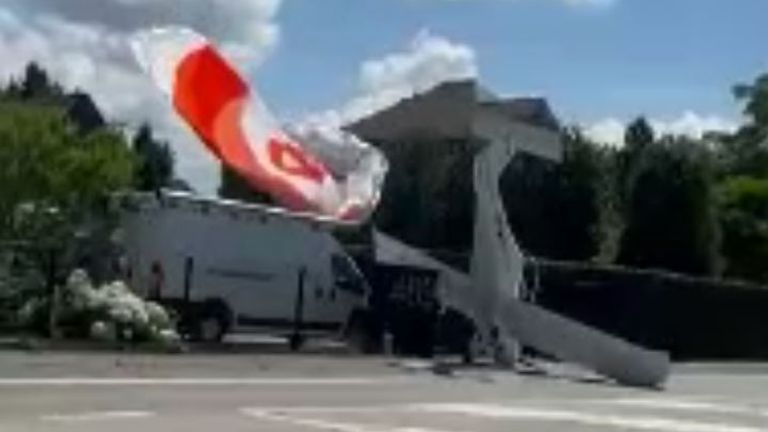 A Belgian pilot had a lucky escape after the small plane he was in appeared to break down in mid-flight – only for an emergency parachute to be deployed and save his life.

The incident happened near Bruges on Friday afternoon.

According to reports, witnesses heard an explosion and looked up to see the plane descending slowly to the ground.

Video shows the aircraft landing nose-first on a road in Sint-Andries.

The pilot managed to walk free from the plane and is being treated for minor injuries.

Officials said the pilot – who has not been named – was an experienced flyer.

And they suggested his life was almost certainly saved by the plane’s Ballistic Recovery System (BRS).

The special parachute can be fitted to light sports aircraft.

One pilot told the HLN website: “If you pull a lever in an emergency situation, a missile will fire with the parachute attached.

“I can’t comment on this specific situation, but perhaps that was the safest option for the pilot.”