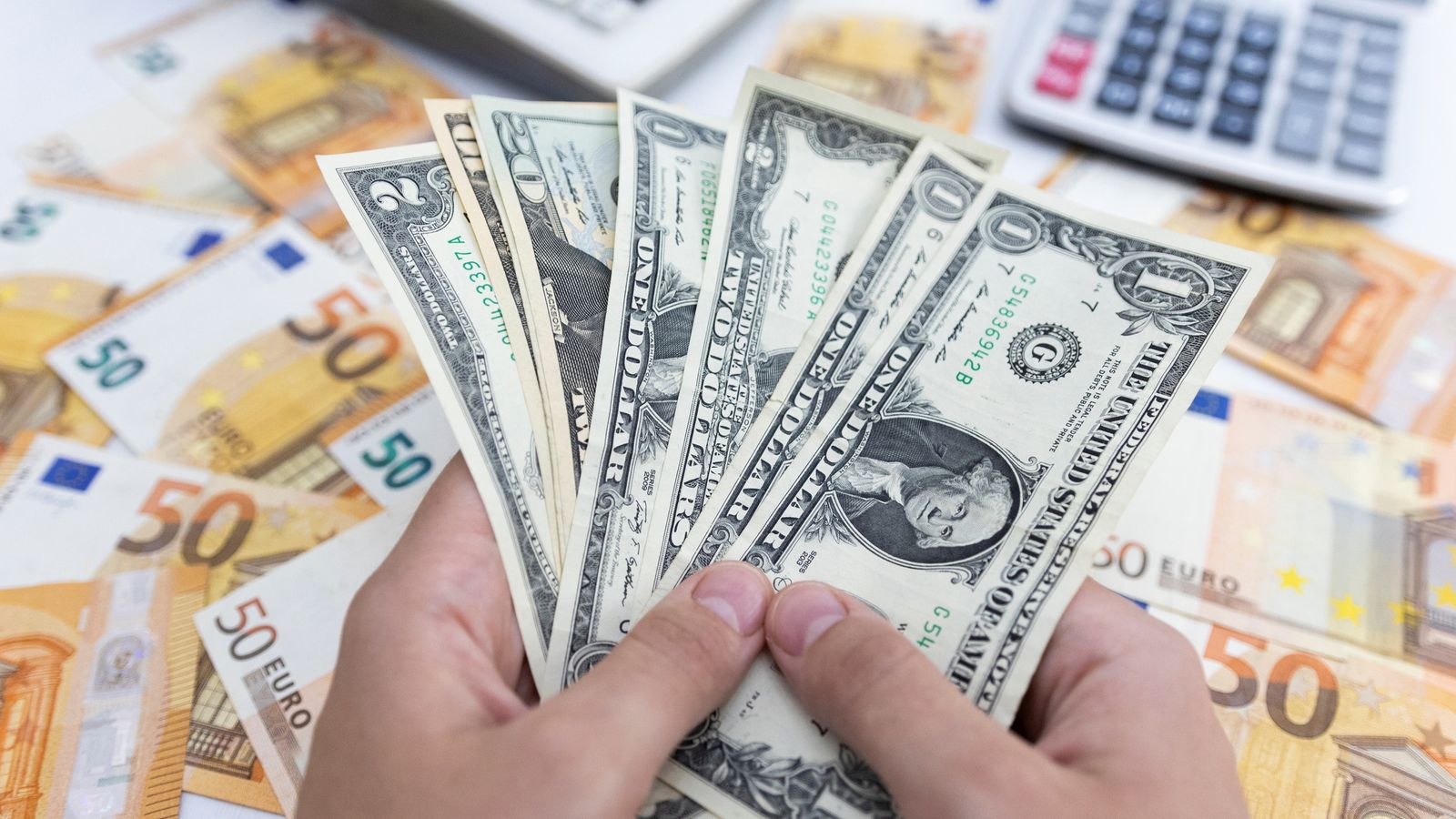 After news that US inflation had reached 9.1% in June, the euro fell below parity with the dollar for the first time in nearly two decades.

These figures will put pressure on the Federal Reserve for a 75-basis point increase in interest rates later this month. This is because central banks use interest rates to combat inflation.

Prices increased 1.3% per month from May to June after increasing 1% in April to May.

Richard Carter, Head of Fixed Interest Research at Quilter Cheviot said that “This disappointment means a 0.75% Federal Reserve hike at their next meeting will be an absolute certainty” and that there may even have to be pressure from certain quarters to do more.

“Central banks are clearly having trouble controlling inflation. If this continues to grow or hover around the current level, then more will be needed to drive it down regardless of any economic consequences.

Markets are likely to remain volatile due to this, although the recent fall in oil prices does give some hope that inflation pressures may ease later in 2018.

“But, it is important to see signs that this will translate into an inflation rate soon.”


Concerns about Biden before the November elections

This has had a negative impact on President Joe Biden’s approval ratings. It also poses a serious threat to his Democratic Party as the November congressional election approaches.

A June AP-NORC poll found that 40% of respondents believed that tackling inflation should be a priority for the government this year. Only 14% stated this in December.


Is inflation nearing a short-term peak,

Some economists believe that inflation may be nearing or reaching a short-term peak despite all this.

Although fuel prices have dropped slightly, they remain much higher than last year.

Shipping costs are starting to drop as the US’s main western ports, Los Angeles and Long Beach, start to clear the backlog.

Commodity prices are starting to fall – on Tuesday, oil dropped to $96 per barrel. Metals like copper are falling due to fears of recession in Europe and the US.