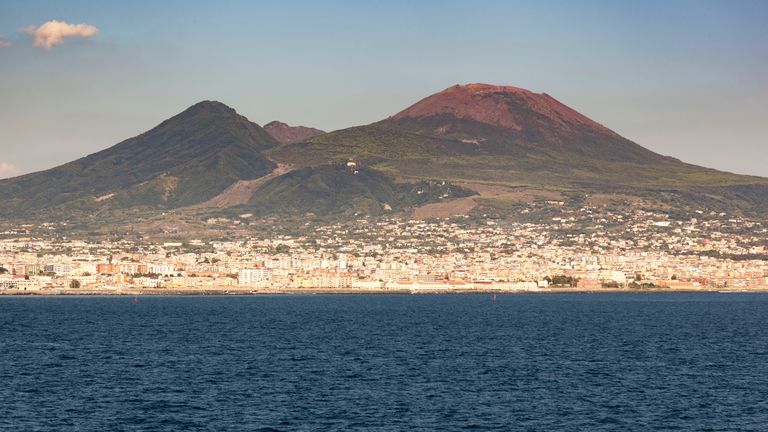 After trying to retrieve his phone, a tourist from America fell into Mount Vesuvius’ crater.

According to Italian media, the 23-year old was trying to take a selfie on the summit when his phone fell out of his hand and into the crater.

During Saturday’s incident, he tried to reach it but fell several metres into the volcano’s mouth.

Vesuvius guides, accompanied by a helicopter rescue pilot, climbed into the crater in order to reach the man. He later required treatment for minor injuries.

According to reports, the three relatives and the tourist had traveled a prohibited route to the summit. They were facing charges.

Experts consider Mount Vesuvius to be the most dangerous volcano in the world. It is home to approximately 600,000 people.

Three million people living in the Naples region would be affected by an eruption.

In 79AD, the eruption buried Pompeii and Herculaneum under volcanic ash and rock.

Vesuvius is the only volcano to have erupted on the European continent in the past 100 years.

According to the Italian PM, a deadly glacier avalanche is linked with climate change