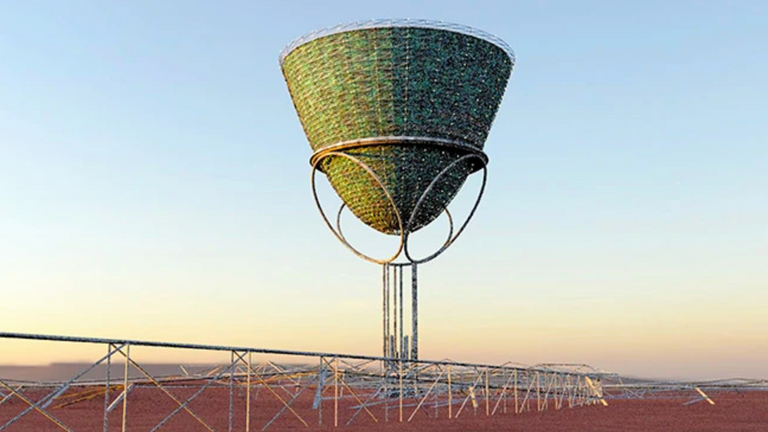 The proposal follows a study that was published earlier in the month and found that astronauts experienced significant bone loss when they were placed in low-gravity environments.

About half of the bone lost was recovered within a year of the astronauts returning to Earth. This raises concerns about future missions to Mars or the Moon.

They propose to build a Lunar Glass living space on the Moon. It will be approximately 400m tall and rotate in 20 seconds.

Mars Glass, a similar facility, is being proposed.

These renderings of the buildings that are shared by the SIC Human Spaceology Centre in Kyoto University look similar to Elysium’s space station, but in a smaller scale.

The multi-story rotating buildings’ surfaces are surrounded with liquid water and land with trees. This creates a mini-biome of water and carbo cycles that can sustain human populations.

These facilities were not the only ones proposed by the researchers. They also suggested an interplanetary transportation system called the Hexatrack system, which maintains Earth-like gravity.

The carriages of the land-based Hexatrack train would first be disassembled at injector stations, and then they would be inserted into a rotating hexagonal pod that generates centripetal force as it travels through space.

Rotational simulation gravity is used in high-g centrifuges for training astronauts and pilots.

Elysium and Interstellar are science-fiction films. 2001: A Space Odyssey features spacecraft that can rotate to create artificial gravitation – though no spacecraft has been built to do so.

Researchers have suggested the entire system and announced a joint study to achieve the plan. However, they don’t anticipate it will produce results immediately.

Yosuke Yamashiki (director of the SIC Human Spaceology Centre) stated that there is no similar plan in the space development plans of other countries.

He said, “Our plan is important technology crucial to ensuring that human beings can move to space in future.”

Although they warn that it will take 100 years to construct the full-sized facilities, they plan to make a simpler version for the Moon in 2050.