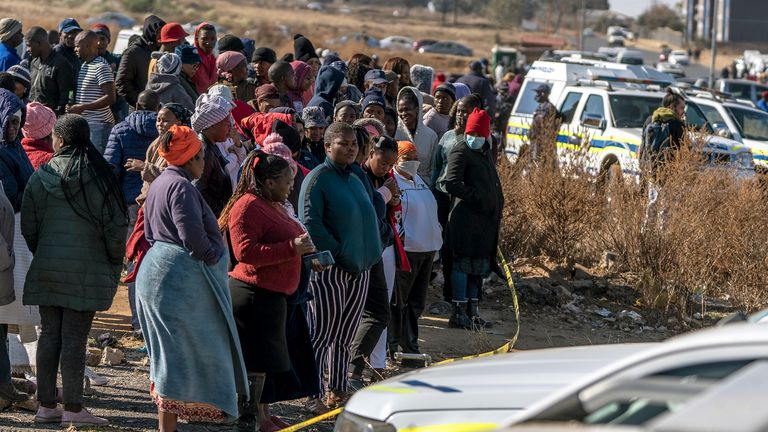 Police said that gunmen shot 15 people dead and nine more injured in a tavern located in Soweto in South Africa.

Armed with pistols and rifles, the gunmen opened fire on people who were sitting at the Orlando East Tavern in the early hours Sunday morning.

Three people sustained serious injuries and are currently being treated at the hospital with another victim suffering from less severe injuries.

Police claimed that the group entered the bar and began shooting randomly at patrons.

Police said that the gunmen fled the scene, and they are currently on the run. They also added that it was not clear how many were involved.

According to Lieutenant General Elias Mawela, Gauteng provincial police commissioner, the number of cartridges on the scene suggested that it was a group who shot at the people in the tavern.

He said, “You can see that it was a high-quality firearm and it was firing randomly. It is evident that all of these people struggled to escape the tavern.

South Africa is home to 20,000 murders per year. It also has one of the highest per capita murder rates in the world.

Soweto is located near Johannesburg and is the largest Black township in the country.

These were the results of white minority rule that ended in 1994, but left behind a legacy of poverty and youth unemployment nearly three decades later.

Local media reported that four people were killed in an overnight shooting at a Pietermaritzburg tavern, located about 500km southwest of Soweto.

A spokesperson for the police did not respond immediately to a request for confirmation.

Two weeks ago, 21 teens were found dead at a tavern located in East London.

Officials have not revealed the cause of death, but officials say that the teens were not killed or crushed in a stampede.