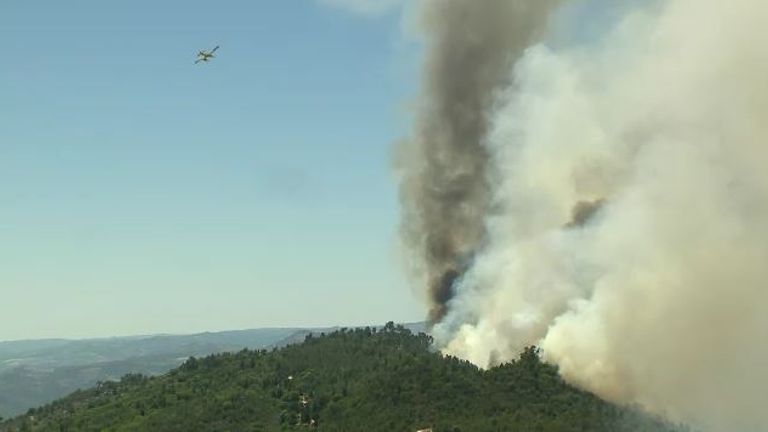 29 people were injured in forest fires in Portugal. Temperatures are expected to rise to 45C (113F in some parts) starting Tuesday.

Saturday saw 125 fires in the country, which was the most since the beginning of the year. There are currently 1,500 firefighters fighting three large blazes.

Portugal’s government declared an emergency situation in the country from Monday 15 July to Friday 15 August.

High temperatures have caused additional concerns about the weather for next week.

The Portuguese weather agency forecasts temperatures up to 45C (113F in Alentejo) starting Tuesday. Other regions of Portugal are expecting temperatures in the 30Cs and 40Cs.

According to the agency, winds up to 40 mph are possible in some regions.

Many areas in western Europe were hit by unseasonably high temperatures last month. Wildfires broke out in Spain, and experts linked the unusually hot period to climate change.

A few villages in Portugal were evacuated Saturday but only a few homes sustained damage.

Antonio Costa, the Portuguese prime minister, asked Twitter users to refrain from using heavy machinery or fire, as it could cause more fires.

Portugal has been the victim of multiple forest fires in recent years because of high temperatures.