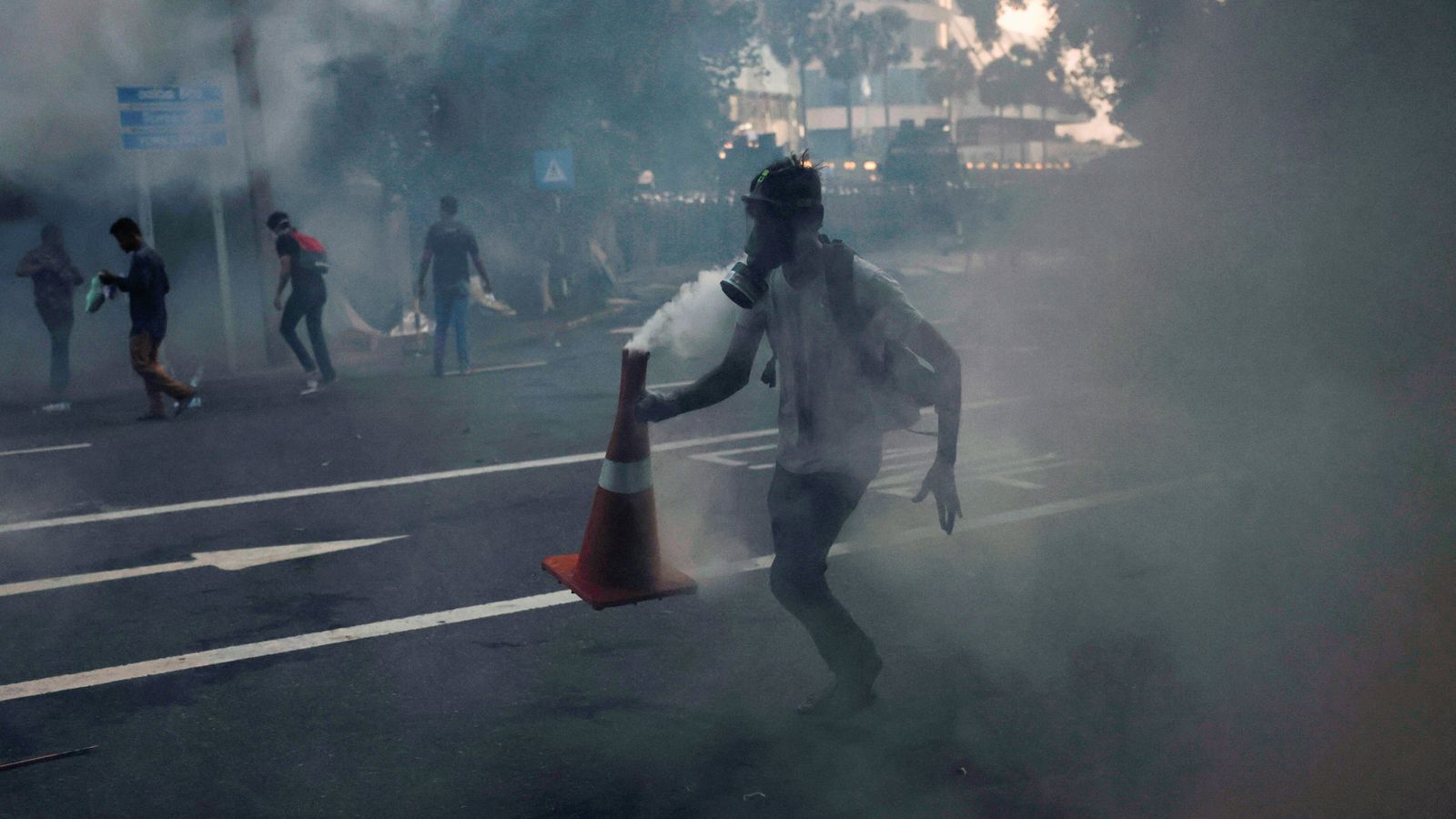 According to news reports, thousands of protestors in Sri Lanka broke through the police barricades and stormed President’s official residence.

Protesters demand the resignation of President Gotabaya Rajapaksa in one of the largest antigovernment rallies this year.

According to Reuters, thousands of people flooded into Colombo’s government district shouting slogans against President Rajapaksa and taking down several police barricades in their path to Mr Rajapaksa’s home.

The police fired shots into the air, but they were unable stop the crowd of angry protestors who surrounded the presidential residence.

Sri Lanka is currently struggling due to a severe shortage of foreign currency, which has restricted essential imports of fuel and food.