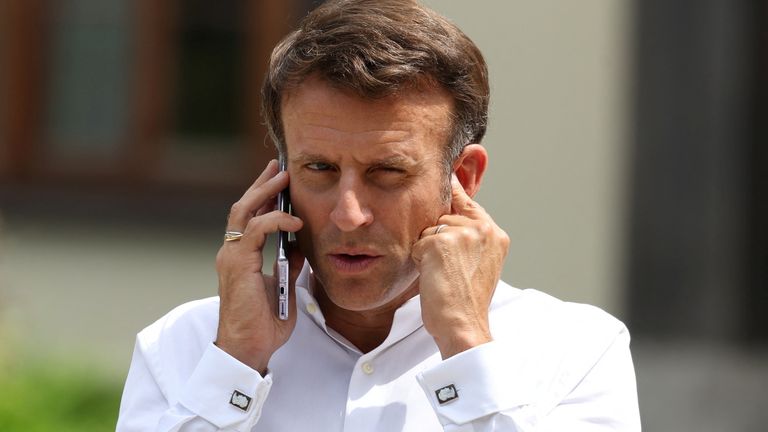 The corporate sector is suffering from the energy crisis caused by Vladimir Putin’s war against Ukraine.

Germany’s government appears to be ready to bail out Uniper. This is one of the largest power utilities in Germany. A package worth up to EUR9bn is reportedly being discussed.

The French PM Elisabeth Borne told parliament that the climate emergency required strong and radical decisions. We must have complete control over the production and our future energy supply. Faced with the catastrophic consequences of war and the immense challenges ahead, we must protect our sovereignty.

“That’s why I confirm today that the state intends to hold 100% capital of EDF.”

EDF was in fact more or less privately owned. It was 83.9% owned by the French government, and it became increasingly obvious during the current crisis how ministers were controlling its management.

There was no clearer illustration of this than when President Emmanuel Macron ordered EDF – which has an effective monopoly in electricity generation – to sell electricity at lower prices to domestic competitors.

This was at a fixed rate well below the wholesale market rates, which resulted in an automatic loss for EDF. EDF announced in March that the policy, along with the requirement to limit energy bill increases for businesses and households at just 4%, would cost them EUR26bn.

EDF was expecting to be in a position to increase prices by approximately 35% this year, to reflect higher wholesale prices.

Paris had previously agreed to inject EUR2.1bn in the company as part a fund-raising plan.

It is unlikely that EDF’s management would welcome full nationalization.

Jean-Bernard Levy was EDF’s chief executive and chairman. He made it clear that EDF would accept new outside investment, including sovereign wealth funds, in February.

In his March election manifesto, Mr Macron stated that he would increase the government’s share in EDF.

At the time, he stated that the state would need to manage several aspects of energy sector. We will have to own several industrial players.

There are many reasons that the French government wants full control.

During the election, Mr Macron stated that he would like to see a bold construction program of new nuclear power plants – between six to fourteen – to help France become carbon neutral by 2050. This is likely to cost many billions of euro.

EDF’s nuclear fleet has been shut down for half its current capacity. The company warned in May that it would suffer a loss of EUR18.5bn due to the need to inspect and repair its reactors.

EDF had debts totalling EUR43bn at the end last year, despite its recent fund-raising. Rating agencies have also recently downgraded its creditworthiness. EDF is also facing increased costs due to projects like Hinkley Point “C” falling behind schedule or going over budget.

Macron, an ex-investment banker, believes that capital markets will not supply the money EDF needs to accomplish all he desires. French state can provide the money.

It is not clear if Mr Macron’s government will compensate EDF’s minority shareholders for their shareholdings, or if he will use special powers in order to take over the business.

Today’s news is just the latest in a long-running debate about France’s ownership of the power industry.

EDF was established in 1946 as a state-monopoly, replacing hundreds of others. Its purpose was to generate, transmit and distribute electricity nationwide and to rebuild the national transmission grid that had been destroyed during World War II.

However, by the 1990s, the government was looking at power markets around the world and the management of the company was growing frustrated with being controlled.

Germany hadn’t fully nationalized its electricity industry, while the UK had privatized its sector in 1990.

EDF management claimed that it would be able to position itself in power markets overseas that are undergoing liberalisation. This was the case for the UK where it entered the household supply sector via the acquisition of London Electricity and later the nuclear power generator British Energy.

EDF’s international expansion plans were always going to be impeded by being wholly owned and controlled by France.

In spite of opposition from unions, the French public was also open to privatization after the success of France Telecom, now Orange, which it had enjoyed following its privatization.

The company’s shares were finally listed in November 2005 in the largest IPO France had ever seen in a decade.

The French government also argued that EDF should be privatized to pay off the state-owned debts.

The wheel is now fully turned.