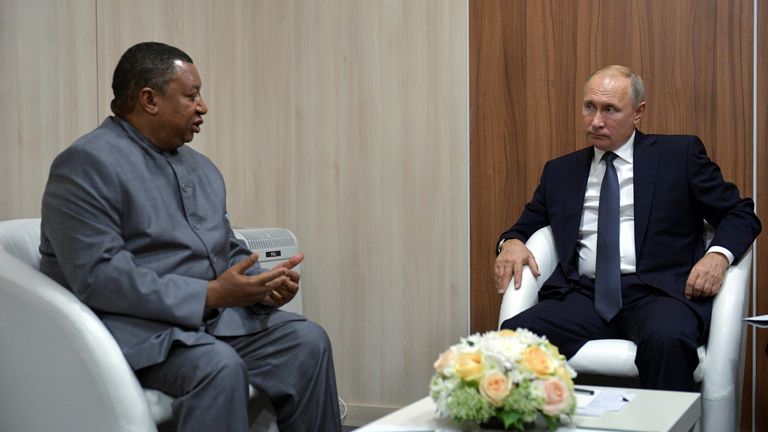 At 63, the boss of OPEC – a powerful cartel that represents many oil producers around the globe – has passed away.

Mohammad Barkindo, a spokesperson for Nigeria’s petroleum sector, stated that he died on Tuesday.

Although the cause of his death is unknown, he was reportedly found dead hours after speaking at an energy summit in Nigeria and meeting Nigeria’s President.

After six years, Mr Barkindo’s tenure as the head of the Organisation of the Petroleum Exporting Countries was to come to an end.

He was the leader of the group during the dramatic oil price slump that occurred during the pandemic. At one point, some oil producers were forced to pay people to remove oil from their hands.

His legacy will likely be defined by the OPEC+ agreement, which he struck in 2016 with Russia and other countries non-OPEC.

To stabilize the oil price, the group drastically reduced production as COVID hit.

The agreement is now under scrutiny due to Russia’s invasion in Ukraine and current high oil prices, which are driving soaring petrol prices.

OPEC called it a “profound oil industry loss” and described him as a “selfless man with great humility and decency”.

In a statement, OPEC stated that he had served the organization “with great distinction” and had helped it navigate through two major industry downturns. (2015-2016 & 2020-2021).

Hours before his death, Mr Barkindo gave a keynote speech in Abuja, declaring that the oil and gas industry is still reeling from recent huge investment losses and was “under siege”.

He stated that the industry was hit by two major cycles in a short time span – the severe market downturns of 2015 and 2016 and the more extensive impact of the COVID-19 epidemic.

He was born in Yola in Nigeria. He studied a postgraduate degree in petroleum economics and an MBA at Washington University.