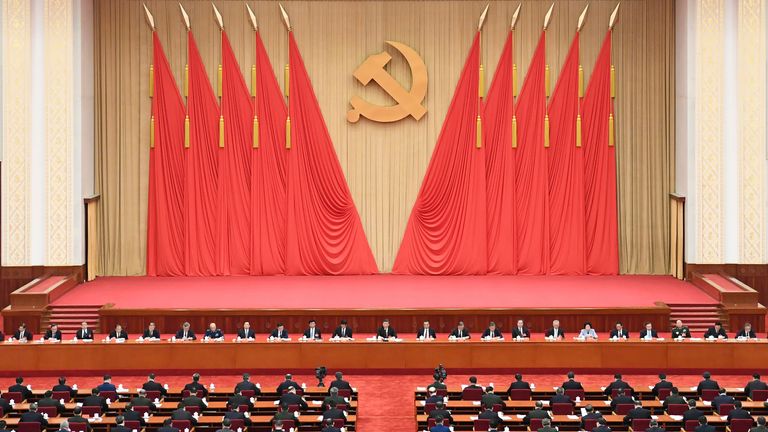 MI5 and FBI chiefs have made a rare joint speech warning that China is their greatest “game-changing challenge”. The UK has doubled its efforts to counter Chinese threats.

Christopher Wray, director of the US Federal Bureau of Investigation stated that Beijing is learning from Russia‘s war in Ukraine.

He spoke about the Chinese threat to and said that the Chinese government was seeking ways to protect their economy from any future, potential sanctions.

“We call this kind of behavior a clue,” said Mr Wray, who was sharing a platform in London with Ken McCallum, director-general of MI5 during a visit at the headquarters of the UK Security Service.

To punish Russian President Vladimir Putin for his invasion of Ukraine, the West used broad sanctions.

The Russian threat was a concern, but the security chiefs chose not to concentrate on Russia.

They charged Beijing with a long-running effort to steal technology, research, and other areas from the West, as well as to exploit the West’s legal, democratic, and media systems to their advantage.

McCallum stated that the Chinese Communist Party is the most important challenge facing us. He spoke to a group of technology executives who were invited to the Thames House joint talk on Wednesday.

McCallum stated that MI5 has more than doubled his “previously constrained effort,” against “Chinese activities of concern”, since 2018, and is now running seven times the number of investigations.

He stated that “We intend to grow as much as possible, while also continuing significant efforts against Russian and Iranian covert threats.”

Later, he added that the doubling would occur in the next “handfull of years”.

Because China is watching, fate of Ukraine matters