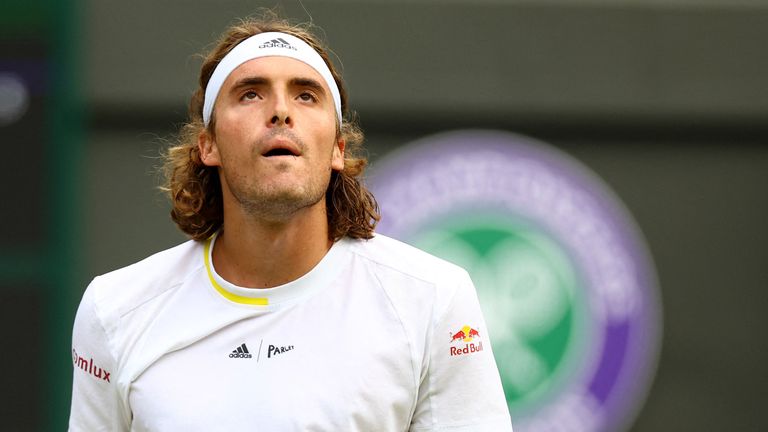 After his third round match with Nick Kyrgios, Stefanos Tsitsipas, a Greek tennis player, was handed the largest Wimbledon fine for unsportsmanlike conduct.

Two warnings were issued to the player for hitting the ball too recklessly. One was into the crowd, and one was very hard into the backboard after a Kyrgios Underarm Serve.

This is in addition to the penalty that was handed to Australian Kyrgios after his first round victory over Paul Jubb of Britain. He admitted to spitting in the direction a spectator had been heckling.

Kyrgios was also fined $4,000 (PS3,300), for swearing during Saturday’s match. Kyrgios appealed incessantly for umpire Damien Dumusois to have Tsitsipas defaulted for his first offense.

Tsitsipas threw the ball in anger towards courtside spectators, but Dumusois deemed the offense only worthy of a warning.

For an offense of unsportsmanlike behavior, players can face a maximum fine of $20,000 and flagrant abuses could result in additional sanctions.

Tsitsipas apologized for his behavior and admitted that he was upset by Kyrgios’ persistent complaints to Dumusois.

The Greek also called Kyrgios bully. Throwing the ball outside of the court like that is something I’ve never done before.

“I apologized to the people. I don’t know what was going through my mind at that moment. He’s also part of it, with all the circus shows going on on the opposite side.

“It began to get very tiring in a certain way. I didn’t hit anyone. Thank God, it did hit the wall. It will never happen again. This is my responsibility. However, there was something else that caused that behavior that I am not used to seeing.

For a spot in the quarter-finals, the Australian will face off against American Brandon Nakashima.