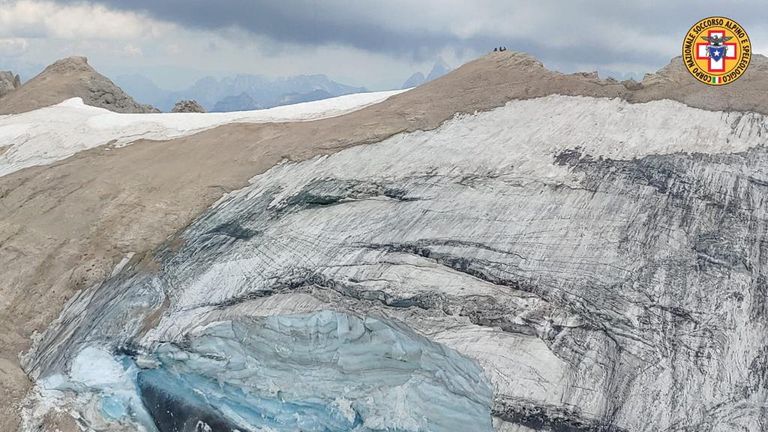 A large chunk of a glacier burst and killed at least six hikers who were hiking on a popular Alpine trail in northeastern Italy.

According to authorities, six people were killed and eight more injured by the falling snow, ice and rock that slammed into them while they were hiking in Dolomites.

Walter Milan, spokesperson for the national Alpine rescue corp, stated that it was impossible to determine how many people were present in the area at the moment.

The Italian news agency ANSA quoted Gianpaolo bottacin, a local Civil Protection official, as saying that there might be 15 people missing and that the situation was “evolving”.

Milan stated that two of the eight people who were injured at hospital were in grave condition.

According to the National Alpine and Cave Rescue Corps, rescue dogs and helicopters were used in the search for the Marmolada peak.

According to the emergency dispatch service, 18 people were evacuated from the area where the ice struck.

The emergency dispatchers stated that “a breaking away of rock caused the opening of a crevasse at the glacier, leaving approximately 15 people involved.”

It wasn’t immediately clear why the ice section broke away and rushed down the peak’s slope.

RAI state television reported that the heatwave in Italy, which has gripped it since June, could have been a contributing factor.

Milan stated that the heat was unusual, noting that temperatures at the peak in recent days had reached 10C.

According to rescue services, those injured were taken to hospitals in Trentino-Alto Adige or Veneto.