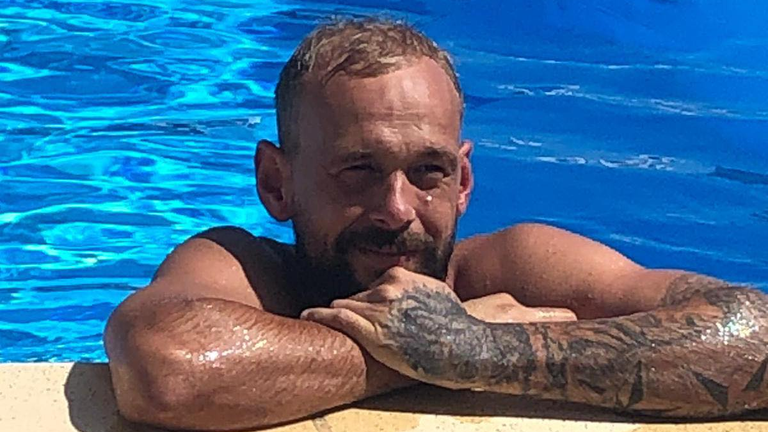 According to Russian state media, two British men were detained in eastern Ukraine by Kremlin forces and charged with “mercenary activity”.

Healy was from Cambridgeshire and was working as an aid worker for the British non-profit organization Presidium Network in Ukraine when he was stopped at a border crossing south of Zaporizhzhia.

He was taken with another British national, Paul Urey (45), who has been described by many as a father and grandfather.

The announcement regarding the charges against Mr Healy, Mr Hill, and Mr Urey were not made. No charges have been filed.

In footage that aired on Russian television in April, Mr Hill, a volunteer military soldier, was shown with his left arm bandaged and a temporary dressing on the top of his head.

According to TASS, Donetsk People’s Republic (DPR), Moscow-backed officials claimed that Mr Healy was not cooperating with Mr Hill after being charged.

Presidium Network, however, condemned the accusations as “politically motivated”, and a “fabrication by the DPR.

A DPR source said to TASS that criminal cases were opened and charges brought against Andrew Hill and Dylan Healy, British citizens currently detained in DPR.

“Investigation operations have begun as the investigators search for evidence of the British crimes. They refuse to testify or cooperate in their criminal cases.

Allan Moore, Mr Healy’s friend said that he spoke to the mother of the aid worker who is “taking guidance” on who to talk to.

Sky News quoted Mr Moore as saying: “It is just madness to be honest. He is not a mercenary. He was simply volunteering.

Sky News has learned that the British government and Red Cross have been in touch to Mr Healy as well as those holding him.

In a statement, the Foreign Office stated that it condemned the use of civilians and prisoners of war for political purposes and had raised this issue with Russia.

“We keep in constant contact with Ukraine’s government regarding their cases, and we fully support Ukraine in its efforts for their release.”

Presidium Network has been supporting Mr Healy’s family from April and said that it was made aware by the Russian State Media of unsubstantiated mercenary accusations against Dylan Healy.

According to the organisation, evidence was provided to show that Mr Healy was an independent humanitarian volunteer in Ukraine at time of his capture and not attached any military or paramilitary units.

A statement stated that “he did not participate in any military action at any time.”

“The DPR charges are not supported with evidence. Therefore, they can only be explained as politically motivated actions by DPR and Russian government.

“We condemn the DPR’s fabrication of charges against Dylan for political gain and misrepresentation about Dylan’s role during the Ukraine.”

According to a proKremlin website Mr Healy will face the same mercenary accusations as British military volunteers Shaun Pinner and Aiden Aslin.

Mr Aslin, 28 from Newark, Nottinghamshire, was sentenced to death by a DPR court on June. Mr Pinner, 48 from Bedfordshire, was also sentenced.

On Thursday, however, the European Court of Human Rights intervened and warned Moscow to stop the execution of the death penalty.

Ukraine is at risk of losing war with Russia, warns Dutch PM

Since 2018, Mr Aslin has been living in Ukraine with Mr Pinner. They claim they are legally serving the country’s military and should therefore be entitled to the protections granted to prisoners of war under Geneva convention.

A former British army veteran Scott Sibley was 36. He is believed to have traveled to Ukraine to fight Russian forces and became the first British national to die in the conflict.