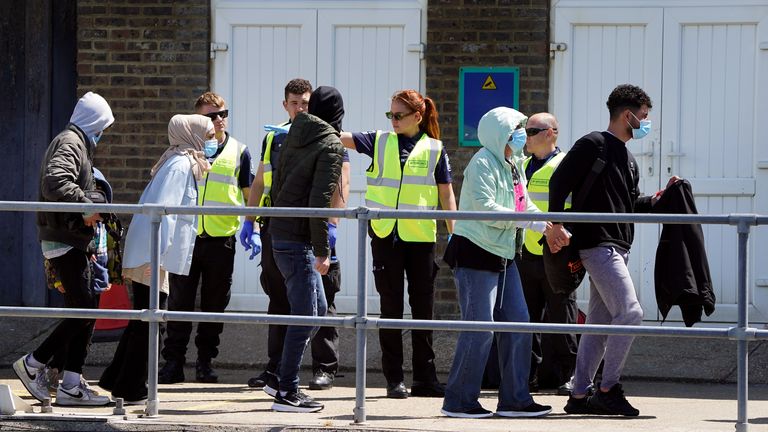 France has taken 10 people into custody over 27 Channel migrants’ deaths.

The victims died trying to cross dangerously from France to the UK in November.

French police stated that 15 people aged between 18 and 41 were initially arrested in the sting operation, but five were later released.

Authorities in Paris and the northern part of the country caught the suspects.

According to reports, they all belong to an Afghan smuggling group.

They will appear in court on Thursday.

After 269 people traveled across the Channel in small boats to the UK on Wednesday, the arrests were made.

The UK authorities intercepted six boats, and found children and women on board.

The Nationality and Borders Act (NABA), came into effect on Tuesday. Anyone caught with a boat transporting migrants in the Channel may face imprisonment.

These measures also increase the maximum penalty for illegally entering or staying in the UK without a visa.

People found guilty of this crime were sentenced to six months imprisonment, but they could now be sentenced to a four year term.

Additional measures were taken to address asylum applications. Authorities have also been given new powers to search for migrants’ boats.

The controversial policy of sending asylum seekers to Rwanda was launched by the government last month.