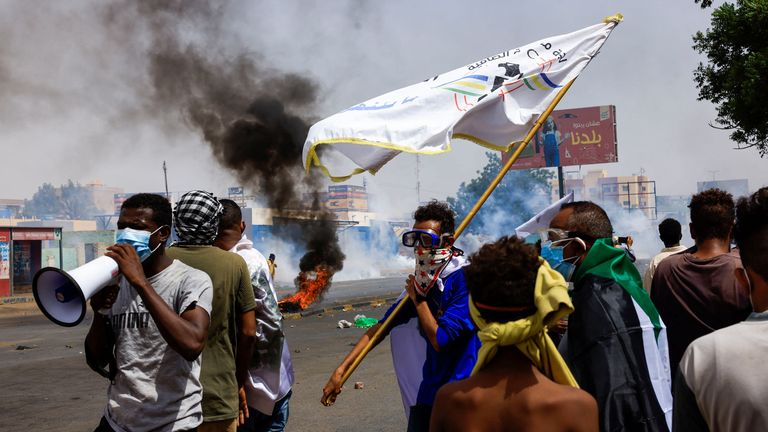 During anti-regime protests, seven people were killed and many more were hurt in Khartoum.

In the wake of a military coup on 25 Oct, at least 108 civilians were killed in the capital of Sudan.

The Central Committee of Sudanese Doctors stated that 17 of them were minors and included a 15-year old boy who was shot in the chest Wednesday afternoon.

The demonstrations were launched from pre-planned meeting places amid a state-approved communications blackout.

Since 8 a.m. on Thursday, internet access was restricted and phone services were limited.

Mobilization efforts have been underway for several weeks. Several neighbourhood protests were erupting as a result of Thursday’s marches.

On Wednesday, Sudan’s leader General Abdel-Fattah Burhan said that the armed forces are looking forward to the day when an elected administration could take power. However, this could only be achieved through consensus or elections and not protests.

These rallies are the third anniversary of the mass protests that led to a power-sharing agreement between the civilian opposition and military elite. This agreement was made after Omar Al-Bashir, a long-serving autocrat, was ousted in April 2019.

Attempts to mediate between the UN, US and AU have been largely in vain.