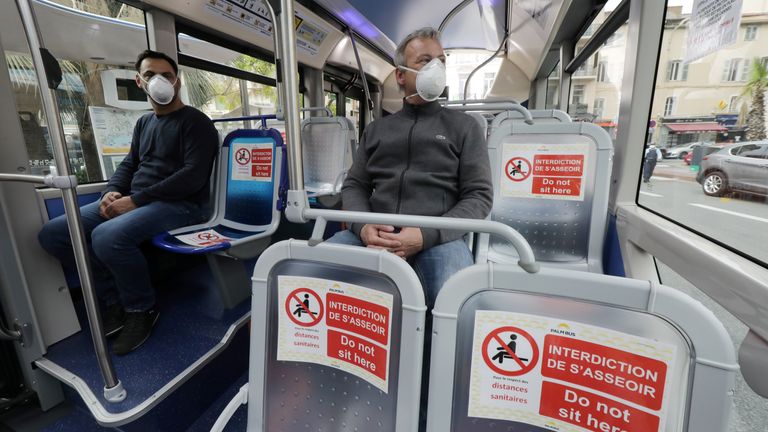 According to France’s health minister, people should use masks in crowded areas again, especially if they travel by public transport. This will help combat a new COVID-19 wave.

New variants are fuelling the increase in cases of coronavirus, which has reached 17,601 new infections over the last 24 hours – the highest Monday number since 18 April.

This comes as more people have been tested positive for in hospitals across England.

The Omicron variants BA.4 & BA.5 are driving the latest wave of COVID cases in England.

Continue reading: Infections rise in the UK by almost half a million per week

Omicron is not protected against variant reinfection by being caught.

The number of new infections in France has been steadily rising since the end of May. On Monday, there were 71,018 new cases and 17,705 on Tuesday.

This total is five times less than the 366179 record at the beginning of the year.

Brigitte Bourguignon, the French minister of health, stated that it was citizens’ “civic duty”, to cover their faces in enclosed spaces such as shops, public transport and workplaces.

She told RTL that while she doesn’t believe it should be compulsory, she did ask French citizens to wear the mask in public transport.

He also stated that he supports mandatory face-masking on public transport.

French hospitals treated for the disease saw a drop of 13 876 people on 18 June, but this has increased to 15,099 since then. This is the highest level in four weeks.

There is a two-week delay between hospitalisations and cases. The delay continues for COVID-related deaths.

According to NHS statistics, 7822 coronavirus-infected patients were admitted to hospitals in England on 27 June. This is 37% more than the previous week.

This is the highest number for almost two months, but it is still far below the peak of 16,600 patients in the Omicron BA.2 waves of infections earlier this year.

BA.5 has a 35% growth rate compared to BA.2, while BA.4 grows 19% faster. This means that BA.5 will soon be the dominant COVID variant within England, according to UK Health Security Agency research.

There is no evidence that these variants cause more severe illness than the previous variants.

On 19 June, 948 patients in hospitals with COVID in Scotland were recorded, an increase of 27% over the previous week.

The trend in Northern Ireland remains uncertain. Numbers rose in June, before stabilizing in recent days between 325 and 340.