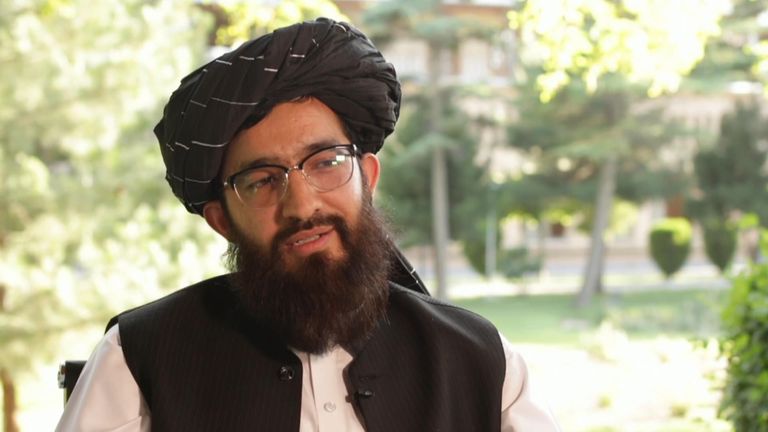 Could the natural disaster in Afghanistan prove to be a turning point in the current crisis for the Taliban government?

The Taliban has firmly lost all hope of engaging and diplomatic talks with the West, even the UK, after reneging on its promises regarding human rights last year.

Its decision to abandon the pledge all girls could go to school in March was a major factor in the limited international response to the earthquake that has affected so many. The death toll is estimated to be over 1,000.

Sky News interviewed two top Taliban officials while in Kabul. They were both hurt by the damage done to their country. Both want financial sanctions lifted by America as they believe it is a fundamental right to human lives.

According to a British diplomat, there is no chance of this happening unless the Taliban changes its position on human rights.

We met Abdul Qahar Balkhi, the spokesperson for the Ministry for Foreign Affairs. He told me that the Taliban had “shot themselves in the foot” by banning secondary school girls from their schools, but he reiterated that it was an issue they are working on.

Perhaps this is a sign that they are aware of the diplomatic damage caused by the move.

When Mr Balkhi was asked if they would be willing to compromise with Western governments by improving their human rights and sitting at the table, he replied: “If you look at sanctions, if you look at collective punishment on me, then our track record actually is many times better than that of what they have.”

“So, talking about moral superiority: ours is up here while theirs (the West), is in the gutter.”

He also blamed the alliance for the country’s inadequacies in infrastructure, which have made it unsuitable for major natural disasters. This was the worst earthquake in Afghanistan in 20 years.


“A lack of basic infrastructure in the past 20 years”

Balkhi said that the problem is due to the 20-year occupation, and the absence of basic infrastructure over the past 20 years.

“Resources are the sanctions, assets freezes and inhumane attitudes towards Afghanistan by the international community.”

Ghulam Ghaus is Mr Balkhi’s colleague at the Ministry for Disaster and Emergency. He is a senior member of Taliban.

When we spoke to him, he had just returned from Gayan which was one of the most devastated areas.

Taliban are responsible for the most violence against civilians of Afghanistan

“I lost 26 relatives in an earthquake”

2021: The moment that the Taliban took control of Kabul

His department was responsible for the response to Wednesday’s earthquake. He refused to state that there was an official plan.

Images and stories from the eastern region suggest they did not.

He stated that the roads were in poor condition and most villages are located in mountains. Therefore, it was important to rebuild these roads.

“But, since we won the war and have been in power for nine months, it’s impossible to rebuild everything everywhere.

He blamed NATO and American forces for not investing infrastructure while they were there.

While playing the blame-game, Mr Ghaus also asked for help from the West in times of crisis.

It was striking how emotionally he recalled his trip to Paktika.

It was the first time that I, or anyone on our team, had ever heard a member from the Taliban government cry.

These men are often portrayed as powerful, strong and intimidating. However, they showed emotion and pain. This could be a turning point.

Mr. Ghaus told a story about how he bought expired biscuits while in the disaster zone and shared them to two children who had lost everything including their parents.

Maybe the moment of realization after the earthquake was a moment of desperate but necessary realisation.

After crisis after crisis, this earthquake is Afghanistan’s greatest test.

This government was not prepared for the worst drought in nearly four decades.

They’ll need to be strategic about when they require help again so that they don’t get abandoned.