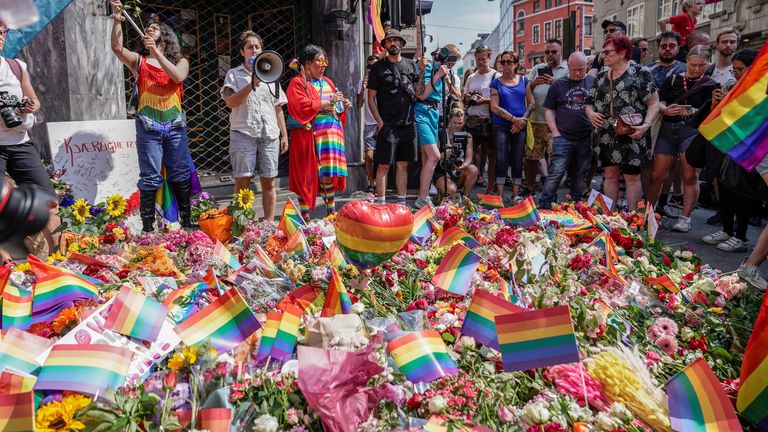 According to the intelligence service of Norway, the suspected gunman indicted for the attack on a gay nightclub in Oslo’s capital Oslo was a radicalised Islamist with mental illness.

People rushed to the scene to pay respect to the victims and injured, and laid a colorful carpet of flowers and LGBT+ flags.

Police officers in Norway, which are not usually armed, will carry guns up to further notice.

According to police, the suspect is a Norwegian citizen, 42, originally from Iran. He has not been named by police.

According to broadcaster NRK, the men who died were between their 50s and 60s.

According to him, the attacker, who was taken into custody shortly after the attack occurred, had a history of violence and threats as well as mental issues.

Christian Hatlo, a police lawyer, said that the suspect had a criminal record that included a narcotics offense and a weapon offence for having a knife.

He said, “Our overall assessment of the situation is that he intended to cause grave fear among the population.”

The shooting began at 1AM local time. Victims were shot dead inside and outside London Pub, a popular gay bar, as well in the streets surrounding it and at another bar in the city center.

Bili Blum Jansen, who was at the London Pub, claimed that he fled to basement to escape the bullets and hid with over 100 others.

“Many called their families and partners, it almost felt like they were saying goodbye. He said that others helped to calm those who were extremely scared.”

“I felt a little panicky and believed that if the shooter/s arrived, we would all be dead. There was no escape.”

The suspect was arrested on a nearby street just a few minutes later by police. It is believed that he acted alone. 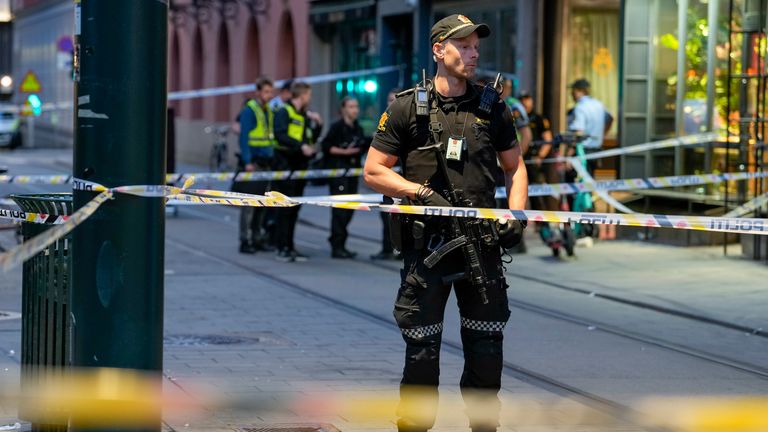 “There was a lot screaming”

They also added that they found two weapons at the scene, including an automatic gun.

Marcus Nybakken (46), who left the bar just before the shooting, and returned to help later, stated: “Many people were crying, the injured were screaming. People were distressed and scared.

“My first thought was that Pride had been the target. That’s scary.”

Olav Roenneberg, a journalist at NRK, said he saw a man with a bag and a gun arrive in the area. He then started shooting.

He added, “Then I saw windows bursting and realized that I needed to cover.”


“We must stand together”

Oslo Pride organizers stated that they would soon be proud and visible once again. However, today they will celebrate Pride at home.

However, many thousand of people marched in the centre of the city waving rainbow flags and joined the spontaneous march.

Participants in the march, who converged at the London pub, chanted English: “We are here, we’re quer, we won’t disappear!”

King Harald of Norway stated that he and his royal family were both devastated by the attack.

The monarch, 85 years old, stated that “We must stand together to defend our values: freedoms diversity and respect for one another.”

The crime rate in the Nordic country with 5.4 million inhabitants is lower than that of many Western countries. However, it has witnessed hate-motivated shootings including when Anders Behring Breivik, a far-right extremist, killed 77 people in 2011.