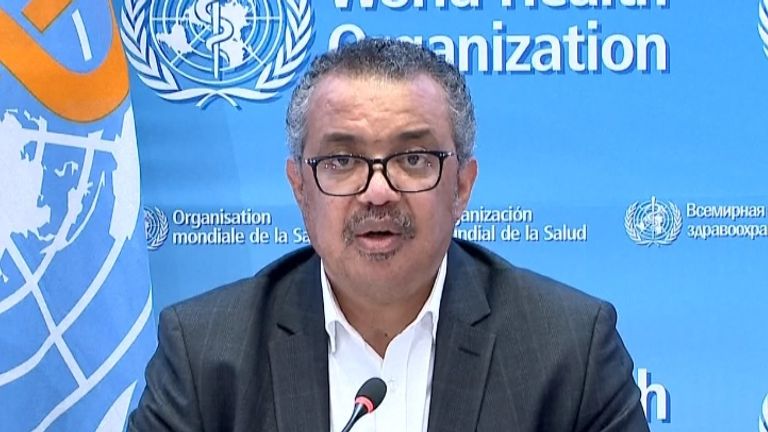 The World Health Organization decided that the monkeypox epidemic is not yet a health emergency. However, its director general is still “deeply concerned”

A summit of top WHO doctors was called to discuss the outbreak. It was not designated a Public Health Emergency of International Concern (PHEIC) by the WHO.

Dr Tedros Ghebreyesus is the WHO’s director-general. He stated: “I am deeply worried about the monkeypox epidemic, this is clearly a evolving health threat that both my colleagues and myself and the WHO Secretariat will be closely following.”

They also noted that 3,000 cases of monkeypox have been reported in 50 countries, which are not known to be affected by the disease.

One death was reported among the immuno-compromised.

Dr Tedros stated: “Monkeypox has circulated in many African countries for decades, and has been neglected in terms research, attention, and funding.

“This must change, not only for monkeypox, but also for other neglected diseases of low-income countries. The world is reminded once again that health and well-being are interconnected.

The NHS states that monkeypox can be contracted if an infected animal bites you or you touch its blood, fluids, spots, blisters, or skin.

Learn more about Monkeypox. What are the symptoms? How easy is it to spread?

Although it is rare to catch the disease from an infected person, transmission can occur through close contact, including sexual intercourse and touching clothing, bedding, towels, or other items that are used by someone with the rash.

You could also be at risk from contact with their blisters, scabs, or exposure to their coughs and sneezes.

A PHEIC, according to WHO, is an “extraordinary event” that poses a public health threat to other countries through international transmission and requires coordinated international responses.

According to a statement, the committee recommended that the event be closely monitored after a few weeks when more information is available about the current unknowns. This will allow them to determine if there have been any significant changes that might warrant reconsidering their advice.

The report stated that certain events could lead to a reassessment.