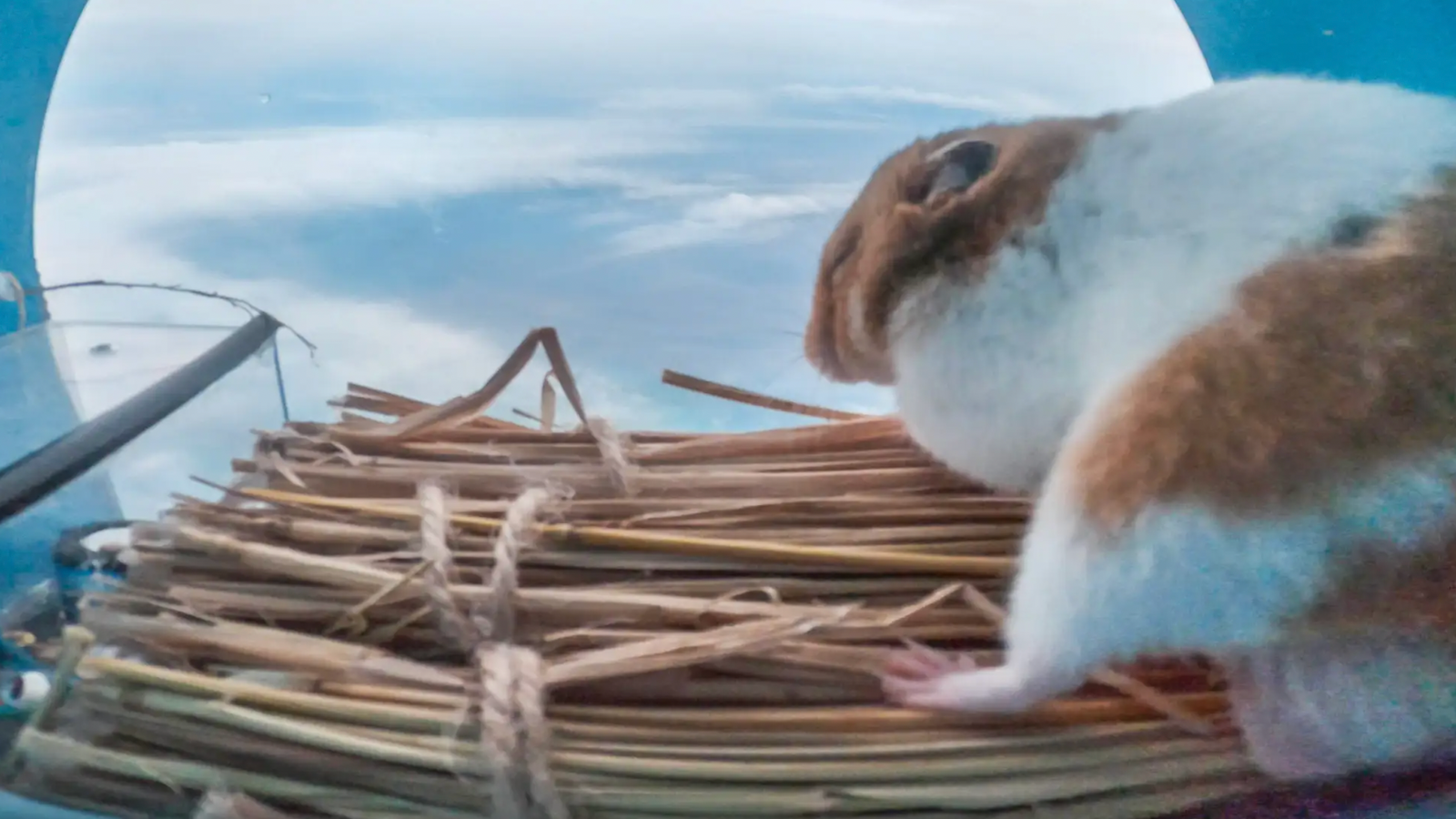 This is a huge step forward for Hamkind.

After being taken into the stratosphere by a balloon, a hamster successfully returned to Earth.

After being safely recovered from the ocean off Japan’s Miyako Island, the spaceham attained a maximum height of 14 miles (23km).

Iwatani Giken (the company behind this daring experiment) said that the hamster was kept in an enclosed cabin measuring 60cm in height and 50cm in width, and maintained the same temperature and atmospheric pressure as the ground.

One photo showed the rodent gazing out of the window, seven miles (12 km) above the Earth.

The balloon was launched at an average speed of 6.3 metres per sec from Miyakojima in Okinawa Prefecture.

The camera inside the cabin captured the animal comfortably snoozing during the gradual ascent.

Find out more about Offbeat

Iwatani Giken hopes to make manned space travel accessible to the masses. The experiment was created to give potential consumers confidence.

Additional test flights are being planned to 15 miles (25km), where people will be able see the curvature and shape of the Earth.

The hamster may find running in a wheel a bit boring now that it has a taste for heights.