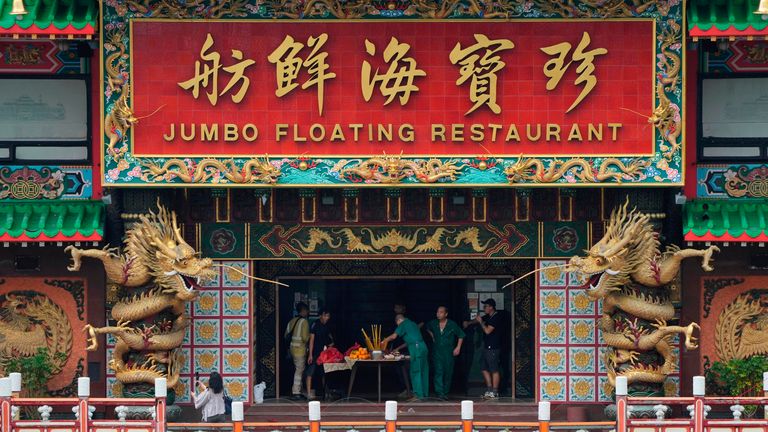 The iconic Jumbo Floating Restaurant in Hong Kong has capsized in South China Sea, less than a week after being towed from the city.

According to the owner of the restaurant, the restaurant encountered “adverse circumstances” while passing through the Xisha Islands also known as the Paracel Islands.

It was inundated with water and began to tip.

Despite no injuries, efforts to save the vessel from sinking failed and it capsized.

The company stated that it was difficult to salvage the water, as it was over 1,000m deep.

Jumbo, which measures almost 80m (260ft) long, has been Hong Kong’s landmark for over 40 years. It served Cantonese food to more than a million people, including Queen Elizabeth II and Tom Cruise.

The pandemic caused it to close in 2020 and all its employees were laid off.

Aberdeen Restaurant Enterprises claimed that the restaurant was a financial burden to shareholders. Millions of Hong Kong dollars were spent on inspections and maintenance, even though it wasn’t in operation.

It was taken away on Tuesday.

The company planned to move it from its current location to save money and allow for maintenance.

It stated that the vessel was thoroughly inspected by marine engineers before departure and that all necessary approvals had been obtained.

A thorough investigation is underway to determine what really happened.