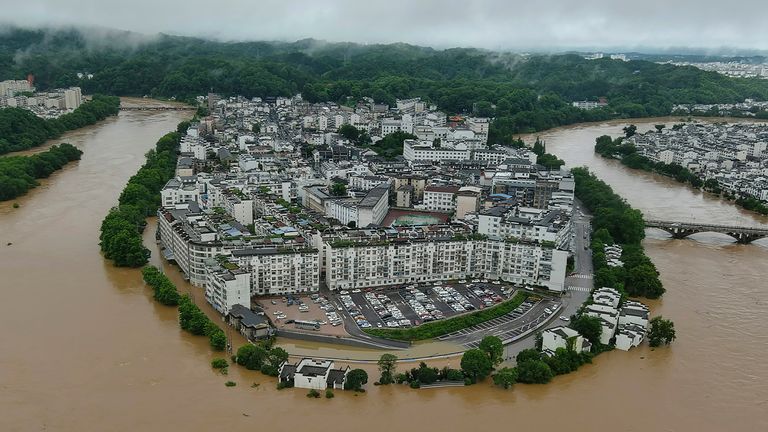 Floods and landslides caused by the most intense rainfall in decades have forced thousands to flee southern China.

According to China’s National Meteorological Centre, the average rainfall in Guangdong, Fujian, and Guangxi was 24ins (62.1cm) between the middle of May and the middle June. This is the highest level of rainfall since 1961.

Around 145,000 people were evacuated from Guangxi and more than 2,700 homes collapsed.

The flood alerts for Qingyuan and Shaoguan in Guangdong were raised to Level 1 – which is the highest.

Guangdong officials claimed that more than 200,000 people were evacuated.

Officials stated that construction sites, businesses and public transport may be closed. However, staff who are unable to travel to work should not have to go.

Authorities in Jiangxi province, northeast raised a flood alert after 485,000 people were affected in nine districts, according to Xinhua news agency.

It reported that economic losses totalled 470 million Yuan (PS57.2m), and that 43,300 hectares were destroyed.

The spell of heavy rain in southern provinces is expected to peak today, and then it is forecast that it will move north starting Wednesday.

China has seen unprecedented rainfall in recent months. Experts say this is a result of global warming.