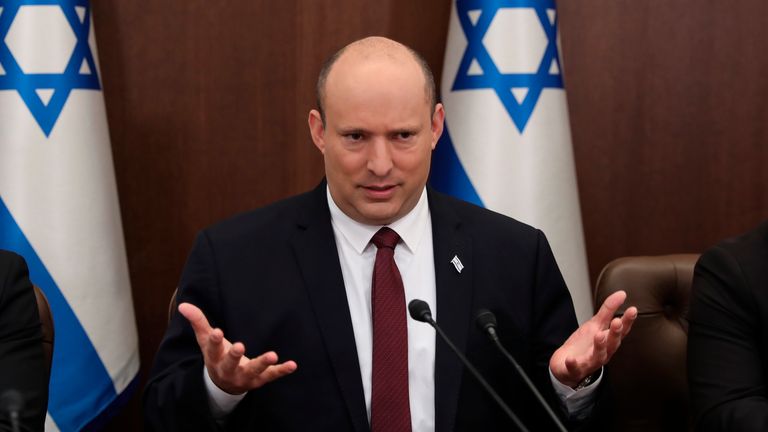 After weeks of speculation, Naftali Bennett, the current Israeli Prime Minster, announced that the government would present a bill to dissolve Knesset next week. This would effectively end Israel’s 36th government.

When you consider religious holidays, it is likely that elections will be held in October, the fifth time in three years.

The coalition was barely one year old when it began to stumble for weeks following the departure of its Knesset majority.

It was gradually losing its authority, and an opposition vote of confidence was expected this week. This prompted Mr Bennett and Mr Lapid both to leap before they were pushed.

As acting PM, Mr Lapid will welcome US President Joe Biden into Israel next month.

Mr Netanyahu has been twice elected Israeli prime minister but is still a prominent figure in Israeli politics.

While Israel is still bitterly divided politically, Mr Netanyahu is still very popular with a large section of the population. However, he has not been able to form decisive coalitions in past elections.

He spent a lot of his year as an opposition leader, actively challenging the coalition government and encouraging the opposition parties to vote against the government bills. This culminated in the defeat of a bill that would have restored certain rights to Israeli settlers in West Bank.

Continue reading: The only thing the coalition shares is

Voting against the renewal was a vote against Mr Netanyahu’s political views and was seen as brazenly opportunist. It also alienated some members of his support.

The Bibi-factor will dominate the election campaign. His statements and actions will be a major determinant of the future course of Israel as it prepares for the next round of elections.