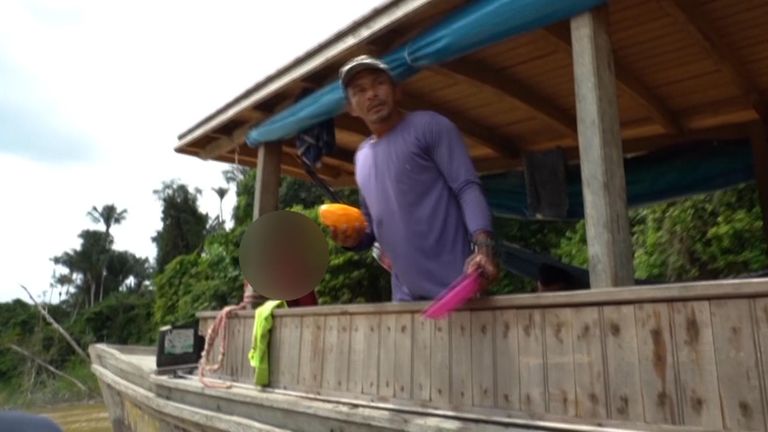 Police have confirmed that the boat used by Dom Phillips, a British journalist, and Bruno Pereira, a Brazilian indigenous expert to travel through the Amazon rainforest was found. They are continuing to investigate the double murder.

The speedboat was submerged approximately 20 meters (65ft) under the Itacoai River, northern Brazil. Six sandbags were used to weigh it down.

Authorities claimed that they were led to the location of the sunken vessel from Jeferson da Silva Lima or ‘Pelado Da Dinha’, the latest suspect in the murders. He surrendered to police on Saturday.

The Police announced the latest discovery, naming five suspects who they believe assisted in hiding the bodies of the deceased.

The police did not identify the new suspects. They added that they are continuing investigations to “clarify all circumstances, motives, and those involved in this case”.

Just days after Mr Pereira was threatened by miners and loggers in the area, the pair vanished in one of the most remote corners of the rainforest.

Two men were staying in Sao Rafael and were on their way to Atalaia Do Norte by boat when they disappeared.

The bodies of the victims were discovered 10 days later. An autopsy indicated that they had been killed with a “firearm with standard hunting ammunition”.

Three men have been already arrested.

He was researching a book on the Amazon and its environmental defenders.

This wild and lawless area has attracted illegal loggers and miners, as well as cocaine-smuggling gangs.