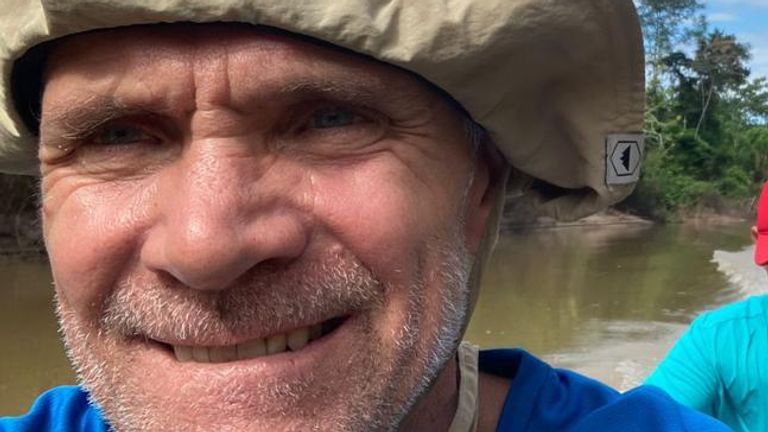 It has been reported that two brothers confessed to killing Dom Phillips, a British journalist, and Bruno Pereira, his companion in crime in the Amazon rainforest of western Brazil.

The missing Mr Phillips and the indigenous expert were reported missing on the Itaquai River, more than a week ago .

Federal police also reported that the suspects dismembered and set fire to the bodies before setting them on fire. They then threw them into a ditch.

Oseney De Oliveira allegedly took the police to the scene during his confession.

One suspect was pictured being taken by officers to the river, where search teams are searching for their remains.

Atalaia Do Norte photographer witnessed the police taking the suspect on a boat in a hood.

Sky News spoke to Henrique Cury about the incident. He said that it was shocking for Phillips’ Brazilian wife, his British family, and all of his friends.

“He made many new friends across the country. Dom was sweet and gentle. This ending is shocking for us all.”

He stated that it was normal for Phillips to decide to travel again before he began work on his book.

He had spoken to him one week before he left and asked why, having traveled extensively in the Amazon north, he was now heading to the west.

He said to me, “I want the whole picture.” He wanted to show all sides of the Amazon…to get a human view of what was going on.

Both brothers, who are 41 years old, were fishermen and were taken to Atalaia Do Norte police station.

According to local people, Amarildo De Oliveira (nicknamed Pelado) pulled a gun on Mr Phillips, Mr Pereira, the day before they vanished.

His family claims that he denied any wrongdoing and that he was tortured by military police to confess.

For more than 15 years, Phillips has been reporting on Brazil for newspapers such as The Guardian, The Washington Post and The Financial Times.