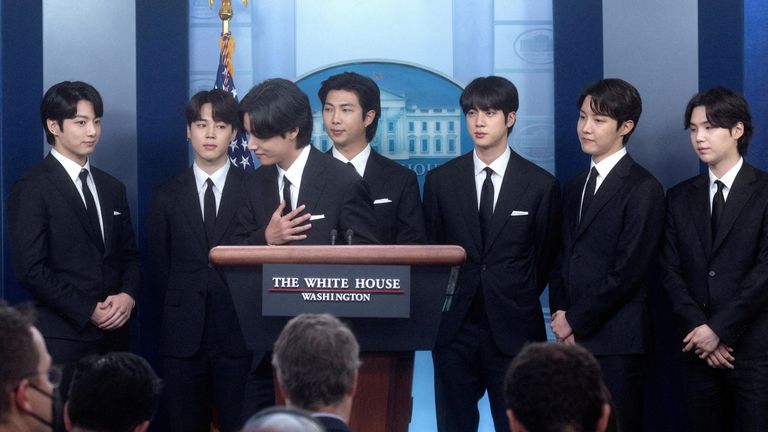 South Korean boyband BTS has announced a break for their members so they can work on solo projects.

This news comes less than one week after the group of seven men, who launched a global Kpop craze in K-pop, released their latest album, Proof.

RM, a rapper, said during an annual dinner to celebrate the band’s foundation: “The problem is with K-pop and all the idol systems is that they don’t give you the time to mature.

“You must keep making music and doing something.”

Deadline reports that other members of the band insist that the band is not disbanding.

J-Hope, rapper said that “We should spend some space apart to learn how we can be one again.”

“I hope that you won’t view this as a negative thing and instead see it as part of a healthy plan.

“BTS will be stronger this way.”

Jimin, the lead vocalist, said: “Now we are starting to think about which artists we each want our fans to remember.”

Suga, a rapper, said that it wasn’t like they were disbanding.

A translation in English of their words indicated that one member called the break a “hiatus”, however, a spokesperson for the band disputed this description.

In a statement, the spokesperson stated that they were not on hiatus and would like to take some time to explore solo projects while remaining active in different formats.

The band was formed by RM, Jimin and J-Hope in 2010. It debuted three years later and became a worldwide sensation with songs like Dynamite and Boy With Luv.

BTS was the first Asian group to win American Music Awards artist of the Year last year. They also met with Joe Biden in May to discuss hate crimes against Asians.