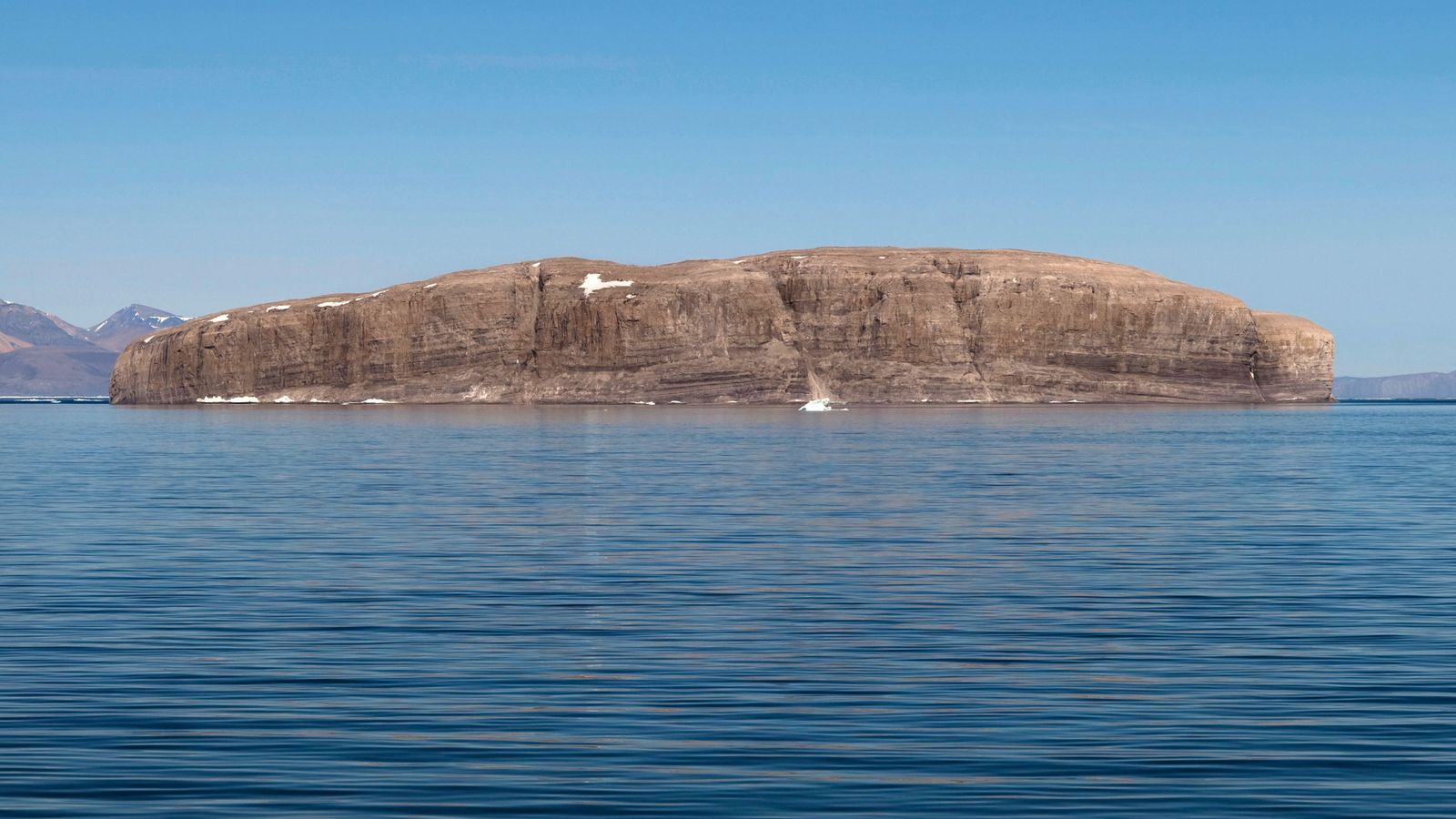 After 49 years, the great “whisky battle” between Canada and Denmark – their friendly territorial dispute over an Arctic barren rock – has ended.

For decades, the tension between the nations has been caused by the dispute over Hans Island’s half-square mile.

The countries now have an agreement to share the small island, which they hope will signal that border disputes can be peacefully resolved and practical.

Canada , Denmark, and Canada agreed in 1973 that they would create a border through Nares Strait. This is halfway between Greenland, Canada, and Greenland. However, they could not agree on which country would control Hans Island, 684 miles to the south of the North Pole.

They decided that they would work out ownership issues later.

The territorial dispute, also known as the “whisky War” by media, resurfaced multiple times over the years.

1984: Denmark’s minister of Greenland Affairs raised a Danish flag over the island and placed a bottle Danish schnapps at its base. A note was left saying “Welcome on the Danish island.”

The “dispute”, which would go on for decades, saw the two countries take it in turns to lift their colours and leave bottles full of spirits.

After the completion of both countries’ internal procedures, the new agreement will be in effect. The agreement must be approved by the Danish parliament before it can take effect.

“It sends out a clear message that it’s possible to solve border disputes… in pragmatic and peaceful manner, where all parties become winners,” stated Jeppe Kofod, Danish foreign minister.

He stated that it was “an important sign now that there are many wars and unrest in this world”.