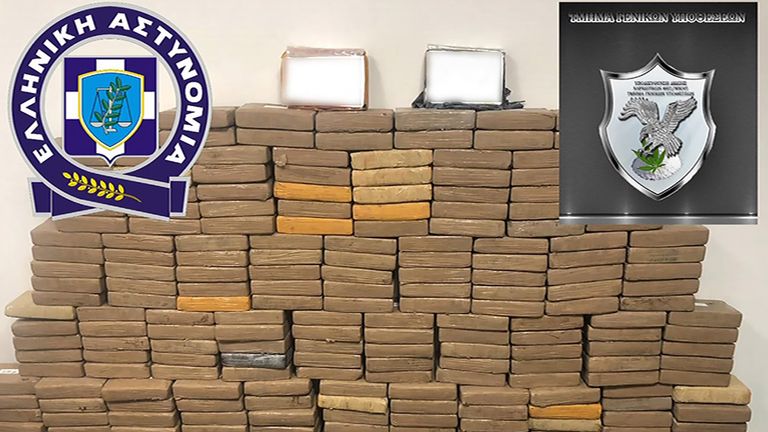 After cocaine worth more that PS42.5m was discovered in a banana shipment, four British men were arrested in Greece.

It was discovered in a shipping container by Italian authorities as part of an extensive operation to eliminate international drug trafficking rings.

The suspects were taken into custody at a house in Thessaloniki, northern Greece, on Friday for drug smuggling.

The drugs seized were bound for the city, as well as Australia and other European nations.

Also discovered were a gun, large amounts of money, and walkie talkies.

Although the men are not identified, authorities confirmed that they were from London and Liverpool.

The video shows the men being led into a building in handcuffs by a camera. One of them appeared to be covered up.

For questioning, a fifth British man is wanted, though he may be in Greece.

These arrests were made following an international law enforcement operation that involved the US Drug Enforcement Administration (DEA) and Italian customs authorities.