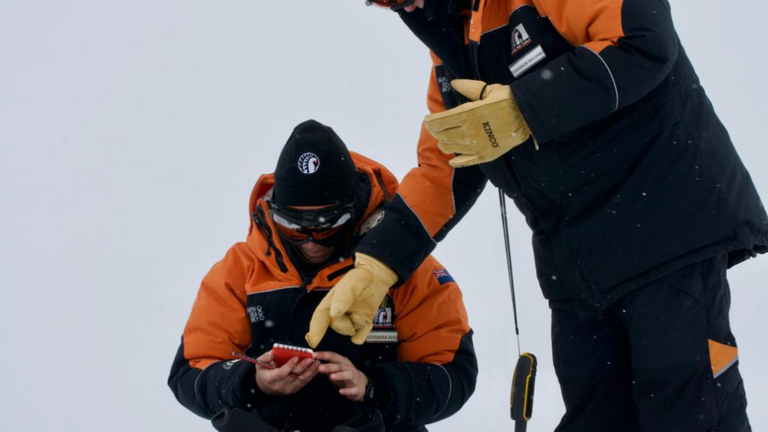 New research has shown that microplastics have been found in Antarctica’s freshly fallen snow, indicating that the purity of driven snow cannot be assumed to be perfect.

Tiny pieces of plastic, which are fragments of everyday objects, were previously found in sea water and water , but never before in fresh snowfall.

The study was published in The Cryosphere scientific journal. It identifies, on average 29 microplastic particles per kilogram of melted snow.

It was higher than what had been reported for the Antarctic Sea Ice and surrounding Ross Sea.

Concentrations found in snow samples taken near Antarctica’s scientific bases were nearly three times that of those found in Italian glacier material.

There are more than a dozen types of plastic, with PET being the most popular. This plastic is used to make drink bottles.

According to Dr Laura Revell, her colleagues at the time were “optimistic” that she would not find microplastics in such remote locations.

Dr Revell added that Ms Aves was also asked to “collect snow from the Scott Base and McMurdo Station roads, so she’d at least have some microplastics for study.”

They didn’t need to bother: “Once back at the lab, it quickly became apparent that plastic particles were also present in all samples from remote Ross Ice Shelf sites, and that these findings would have global significance.”

Ms. Aves stated that she was shocked at the results. “It’s incredibly tragic, but microplastics found in Antarctic snow highlights how plastic pollution can reach even remote areas of the globe.

“We collected snow samples at 19 locations in the Ross Island region, Antarctica, and found microplastics in all of them.

Dr Revell stated, “Looking back now I’m not at any surprise.” “From studies published over the past few years, we know that airborne microplastics are everywhere you look.”