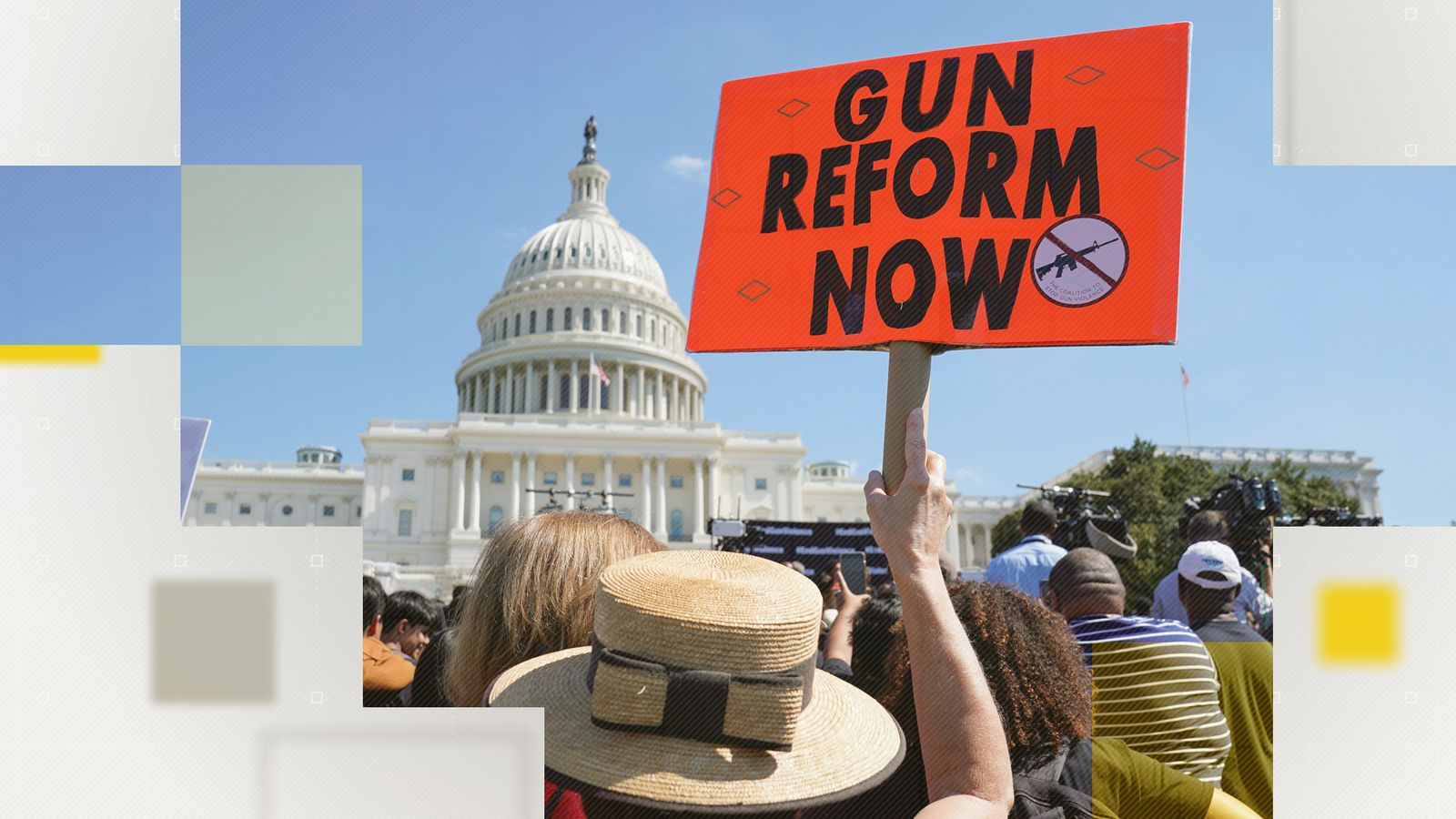 There have been gun killings in 43 of the 50 US states in the two weeks since the Texas school shooting.

More than 650 incidents have resulted in 730 deaths since 24 May, according to data from the Gun Violence Archive.

Twenty-three of those who died were children, more than the total number who died in Uvalde, and 66 were teenagers.

The figures provide the deeply troubling context for politicians on Capitol Hill as they struggle to find common ground over how, or even if, to reform America’s gun laws.

Politicians will hear testimony from the parents and survivors of the school shooting in Uvalde two weeks ago.

The witnesses will include 11-year-old Miah Cerrillo who smeared her dead friend’s blood on herself. She played dead to survive.

The hearing by the US House of Representatives Oversight Committee is titled ‘The Urgent Need to Address the Gun Violence Epidemic’ and comes as Republican and Democratic politicians remain divided over the extent to which gun laws should be changed.

This chart of daily gun deaths shows that the day of Uvalde wasn’t even exceptional in the US – there have only been five days since the shooting on which fewer deaths occurred from guns than on 24 May.

Most incidents involve one person dying, often after the escalation of a street fight or in domestic violence situations, or at the hands of police.

For example, on the same day as the shooting at Robb Elementary School, a 15-year-old boy was killed by a 19-year-old after a fight outside a home in Akron, Ohio.

In Mobile, Alabama, a 24-year-old man shot dead his 61-year-old father. In Jersey City, New Jersey, a 59-year-old was killed by police after pulling a gun on his partner, and in Atlanta, Georgia, a 32-year-old killed a 31-year-old over a gambling dispute.

These are a selection of 33 incidents on 24 May alone.

Analysis: This time something feels different

Last weekend alone there were 12 mass shootings across the US.

Every time there is a particularly large one, especially if it involves children, the calls for change come. And every time, so far, little change actually emerges.

This time though, something feels different. As actor Matthew McConaughey said in the White House on Tuesday: “We are in a window of opportunity right now that we have not been in before. A window where it seems like real change, real change can happen.”

McConaughey’s plea for reform from the White House press room was powerful. At one point he punched the podium with emotion. The actor grew up in Uvalde, Texas. Are his words just wishful thinking?

At the heart of the debate is how to balance the nation’s Second Amendment rights to bear arms with the need to control how easy it is for people to get hold of them.

Is it necessary for AR-15 military style assault rifles to be on sale to anyone? Yes, say responsible gun enthusiasts; just limit who can get them.

Should the age of sale be increased? In many states you need to be 21 to buy a pistol but you can get an AR-15 at 18.

What about “red flag” laws? These would allow police, family members and co-workers to petition a court to temporarily remove a gun from a person they believe may be a threat.

Beyond the constitutional right many Americans fall back on in the debate over guns, another critical issue is influencing the debate. There is significant mistrust of law enforcement. Rather than relying on the police to defend them, many believe self-defence with their own weapons is vital. It’s an issue exacerbated by the poor police response to the Uvalde shooting.

This is a country divided on so many issues, and yet, on guns, opinion polls suggest there is some degree of public agreement on the need for change and reform.

But the politicians remain deeply entrenched and on Capitol Hill the arithmetic to precipitate radical reform is just not there.

But since Uvalde there have also been 34 mass shooting incidents in the US, where four or more people are killed or injured in one incident.

Those 34 mass attacks have happened in 17 different states, resulting in 161 injuries and 35 deaths. There have been three new incidents in Texas alone since the Uvalde shooting.

In the first six months of 2022 there have been almost 250 mass shootings, a similar rate to the year before.